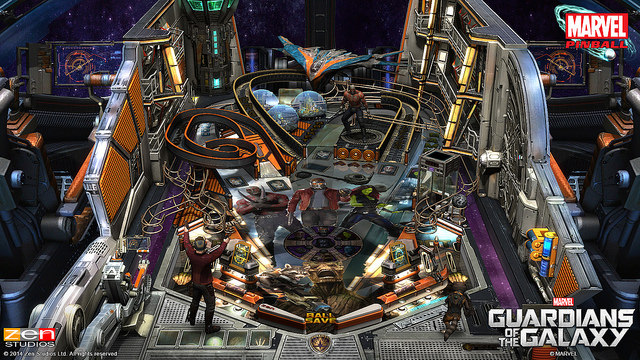 In case you needed more Marvel themed pinball tables in your life, Zen Pinball 2 has you covered. A Guardians of the Galaxy table is coming to the game, and you can grab it on the PS3, PS4, and Vita.

It’ll hit the PSN on July 29th for $2.99, and will feature both the heroes and villains of the film’s universe (since, according to early reports, the film goes in a different direction from its source material).