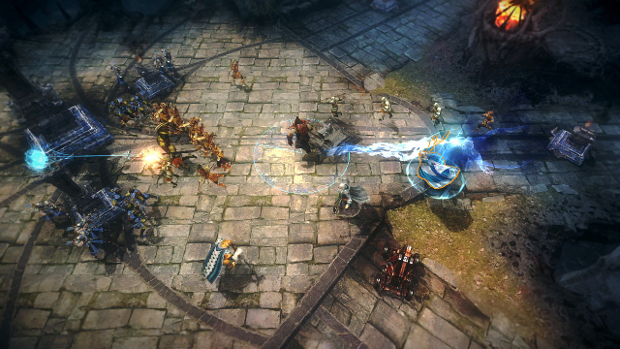 With the Tolkien-inspired MOBA, Guardians of Middle-earth, launching next month on XBLA and PSN, its high time we find out a bit more about a couple of the 20 or so characters at players’ disposal. Haldir is the elf who brought the Fellowship to Lothlorien in the books, but in Guardians he’s more a man of action rather than a tour guide. Stealth, jumping about, using a bow, he’s an elf alright.

His villainous counterpart, Lugbol, is clearly the superior character, regardless of stats, facts, or your wrong opinions. He’s a sorcerous goblin with a wolf chum. The guy floats. Some blonde elf chap, or a flying goblin who shoots fire from his hands? It’s no contest.

Also, and more importantly, you can win a life sized statue of Gandalf if you go onto the Facebook page and participate in the ritual of social networking or something. No doubt whatever it is, it’s worth it for a massive statue of one of the most bad ass wizards of all time. Top ten, at least.