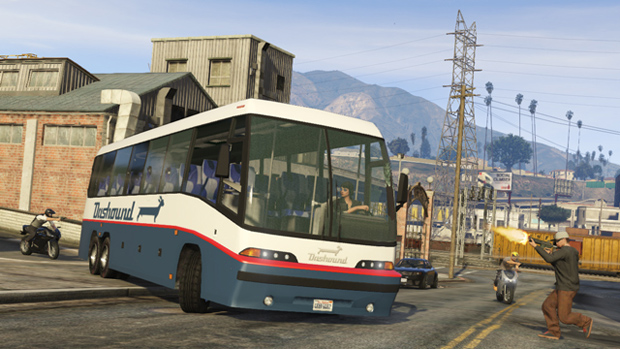 As of an update dropping tomorrow on Xbox 360 and PlayStation 3, there’s going to a GTA mode in Grand Theft Auto Online in Grand Theft Auto V. Huh? Rockstar is introducing 20 new Jobs in GTA Online based on capture the flag, which will be playable in four different modes:

Unnamed fixes and tweaks will also make it into this patch on PS3 and Xbox 360. As nice as this all sounds, it’s still not co-op heists and until those are available, nothing will seem good enough.