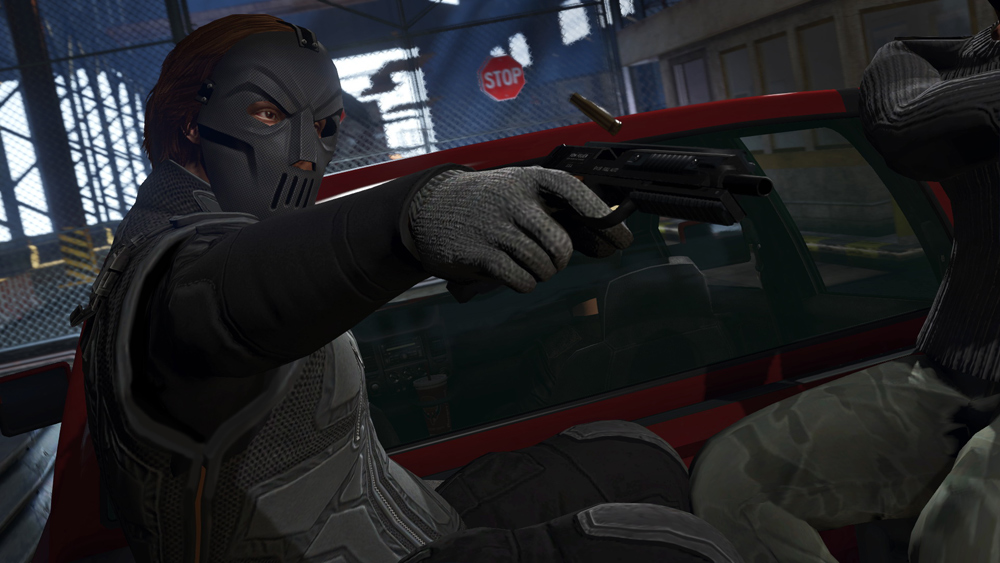 Free update coming to all platforms in ‘early 2015’

Alright, heists in Grand Theft Auto Online look terrific. It’s been a long wait, and we’re not done waiting just yet — Rockstar says the free update for PC, PS3, PS4, Xbox 360, and Xbox One will arrive in early 2015 — but at least we’ve got something to look at, finally. Eases the tension.

Speaking to IGN, GTA Online producer Imran Sarwar admits designing four-player heists “turned out to be a lot more difficult than we originally thought [and] took several passes from scratch.” One challenge, he says, “is that unlike a heist in Story Mode, every player needs to feel central to the action at all times, and that’s much more challenging than it appears.”

The final design sounds cool. The leading player will have to put money down to set up a heist and won’t receive a payout until the finale is finished, but they have control over the crew, their outfits, and their cuts. “Switching between the roles of crew member and heist leader will give players a totally different experience,” says Sarwar. “Some missions have all players working as one unit, some require players to take on specific tasks like hacking or crowd control, while others require players to split into smaller teams to complete separate high value objectives.”

Each heist, of which there are “five unique strands involving over 20 total missions,” will culminate in a set-piece mission. “I don’t want to spoil a whole heist,” says Sarwar, “but a favorite would be the finale of an epic prison break where players come from different points on the map to join together at just the right time. It requires a pilot, a demolitions expert, and some undercover work to pull it off, and it takes real teamwork, the ability to think fast and a lot of communication to put all the pieces in place to extract the target flawlessly.”