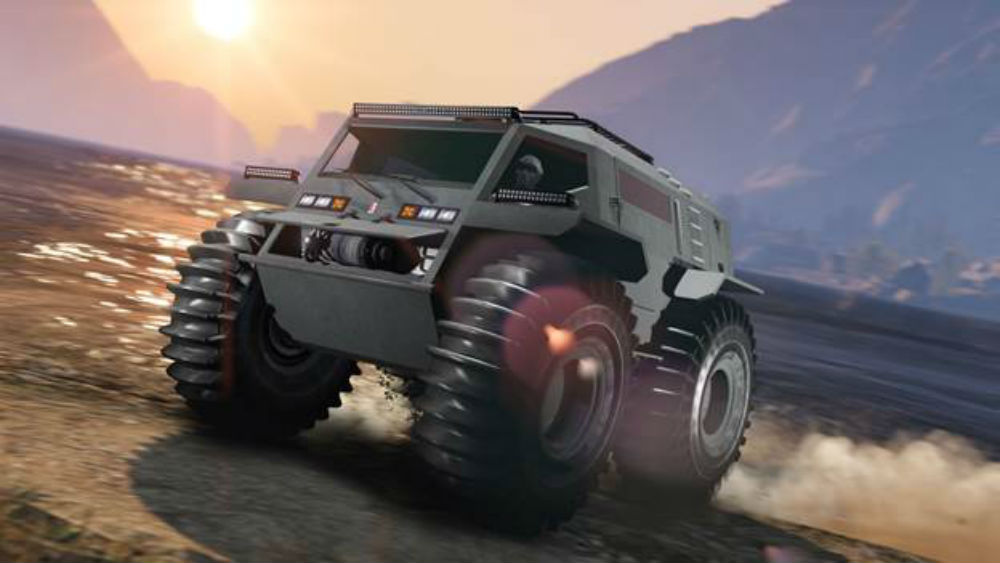 GTA Online is an inevitability.

It will always be here, no matter how many games rise and fall around it. While so many other publishers are obsessed with keeping their projects alive, Rockstar has pretty much perfected the art thanks to a tireless community and a perfect decades-long crescendo of the GTA brand. It’s so potent that it even steers people away from Rockstar’s other active online game: Red Dead Redemption 2.

So it’s no surprise that after the big casino update a few weeks ago, it would be getting another content drop. The Rune Zhaba is now live, which is a wacky new off-road vehicle with custom tires. The gist? It can tackle pretty much any terrain in the game, and you can buy it now from Warstock Cache & Carry.

Also GTA Online is offering triple rewards for all freemode events, as well as double payouts for business battles and bunker series matches. All of this will run through January 8, and you can spin the lucky wheel at the casino to potentially win a car (the Pfister Comet Safari).