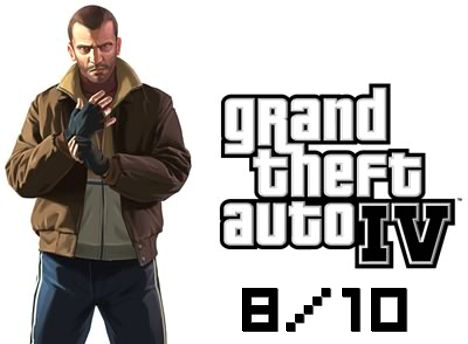 Junot Díaz, writing for the Wall Street Journal, has confessed that although he loves Grand Theft Auto IV, and recognizes it as art, it is not the messianic miracle that game critics have claimed it to be. He says holding it up to movies like The Godfather, as some reviwers have done, speaks too highly of a game that is great, but not that great.

OK, let me be clear: I love GTA IV and I have no doubt that it is art, but an equal to “The Sopranos” or “The Godfather“? Narrative art of that caliber is distinguished by its ability to re-organize our preconceptions, to shift us into a world that’s always been there but that we’ve been afraid to acknowledge, and I’m not convinced that GTA IV pulls off that miracle.

GTA IV is brilliant, but despite what virtually all the reviews claim, it ain’t the revolution. If you played GTA III or higher, GTA IV won’t exactly catapult you to higher plane of existence or induce metanoia. GTA III was the revolution, and established the grammar for the franchise.

I fully agree with Junot’s argument (unsurprising if you read my 8/10 GTA IV review) and think this was a great article. Grand Theft Auto IV isn’t revolutionary in the slightest, and even though its storyline is great, it is not the “most important artwork of our time,” or on par with videogames like BioShock and Ocarina of Time, never mind movies. At any rate, I recommend reading the article, as it’s a very encouraging take on videogames as art, and provides a refreshingly positive spin that you don’t often see from non-specialist games writing.