Yesterday, a group of PS3 hackers united under the name ‘fail0verflow’ presented their method of circumventing the built-in security of Sony’s machine at the 27th Chaos Communication Conference, or 27C3. Today, they announced that the code will be made public for anyone to use.

In a nutshell, they found a way to calculate the so-called “keys” you need to “sign” a piece of software so the console accepts it as valid code and runs it. That means when the full implementations of this are out there, you can sign any piece of homebrew, or pirate games without needing a PS Jailbreak USB dongle.

For the full video of the conference session and some more insight into what this means for you, keep on reading.

In the last generation of consoles, it was pretty clear what console you wanted if you just wanted to mod the hell out of it: the Xbox. The GameCube had its mods to let you play pirate copies if you wanted to, and so did the PlayStation 2, but when the original Xbox got cracked open, it created a flood of homebrew far beyond simply being able to play pirated games.

After the initial 007: Nightfire exploit and the first modchips, the Xbox saw a booming homebrew development scene which produced the custom “dashboard,” emulators, Xbox ports of Doom and Duke Nukem 3D and perhaps most importantly, the Xbox Media Center. It turned the Xbox from a games console — with mostly mulitplatform games that looked a bit better than on the PS2 — to a cheap solution for having a media center and all your old retro games in one box. A box that was a bit smaller than most PCs that do exactly the same thing. 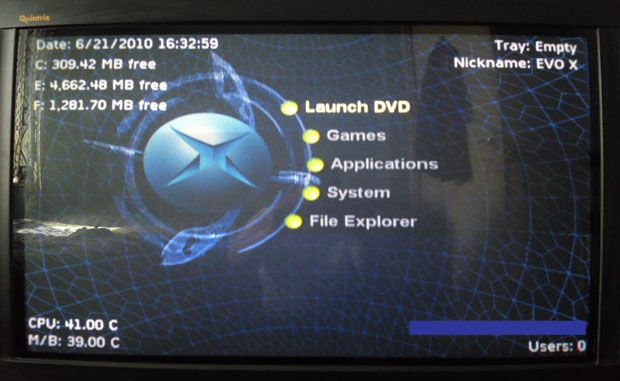 With the current generation of consoles, people started to get fully into the transition to HD. Of course, that meant there were high hopes for being able to do the same thing with an Xbox 360 or a PS3 as before, but now for the HD era. Sadly, the Xbox 360 did get its custom DVD drive firmware which lets you play pirate games, but no good way to run homebrew. If you have an older model, you can still go for a hardware solution (i.e., soldering) to run your own code, but to date it’s way too much of a hassle. The Wii lets you easily mod it and run whatever you want, but it’s not exactly a giant step up from the Xbox homebrew scene, if a step forward at all.

As the PS3 launched, a lot of people looked toward that as the next console to potentially use as they used their modded Xboxs. It comes with a Blu-Ray player, which is nice. The default HDMI and separate optical audio outputs are also nice, as the Xbox 360 initially didn’t even have an HDMI output. And you can swap out hard drives with larger laptop models instead of going for a hardware modding solution on the Xbox 360, or paying for overpriced hard drives. The PS3 seemed like the go-to console for future hacks and homebrew, especially when it became clear that the Xbox 360 just wasn’t as easy to crack open as the Xbox was.

But nothing practical ever came from the PS3 scene until recently. The hypervisor — see it as a hardware security component — proved to be a hassle to overcome. People could run Linux natively on the PS3 thanks to Sony’s effort on that side, but you couldn’t access both the Cell processor and the RSX videochip, which meant everything had to be coded for the Cell specifically. What was missing was a way to circumvent all of that and have complete access to every hardware component. That is, until now.

Following newfound interest in the PS3 scene after Geohot’s response to the lack of OtherOS in the PS3 Slim, the exploits he found as a result, and the PS Jailbreak USB dongles that hit the market shortly afterward, comes this insight into the PS3’s method of signing private keys. With this new method of being able to sign your own software, in theory, you can sign your own PS3 games, homebrew, and even Blu-Ray discs to run on a retail PS3 without needing to buy a USB or hardware solution. When it comes to fruition, it means the PS3 will take its spot as the next Xbox for those of us who enjoy running homebrew — like actually useful media centers on our consoles. 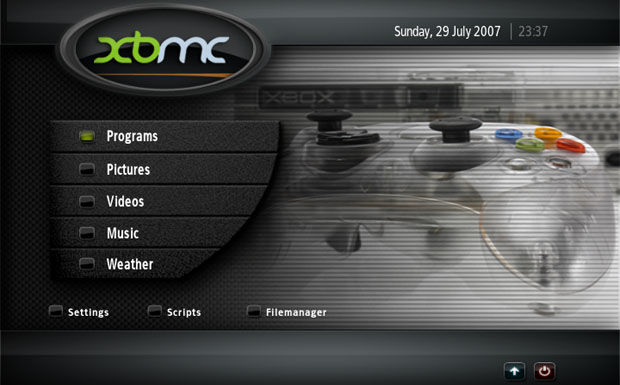 I, for one, can’t wait to be able to run x264 content natively on a PS3. Lantus, who made the popular Xbox xSnes9x emulator as well as a few ports like DoomX and QuakeX, has apparently already said he’s working on MPlayer for the PS3. I still haven’t seen anything that worked as well as Xbox Media Center on any of this generation’s consoles, so with luck, we’ll have some great homebrew to look forward to in the near future. Especially with today’s amount of streaming content available, it could turn your PS3 into something magical.

As for the piracy that comes with any hack like this: I’m sure some more people will pick up a PS3 just for the free games. So yes, some games will be pirated a bit more than if this option didn’t exist. But, you know, pirates gonna pirate, and if you want to, you already can do that on each of the three consoles. Besides, you probably all know at least one person who had a modded Xbox lying around. How much did they use it for actual games instead of homebrew? And if you had one yourself, are you looking forward to doing the same stuff with your PS3?