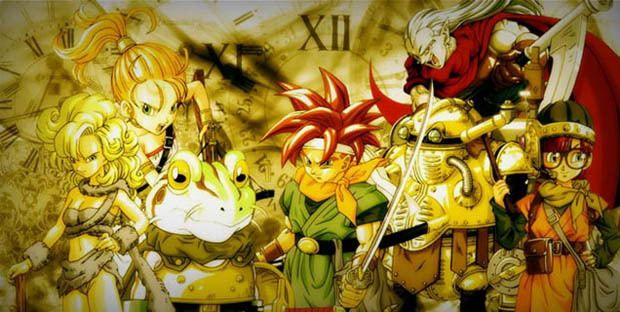 [For his Monthly Musing, ThaJinx talks about my favorite game, Chrono Trigger. This month’s topic asks you to write about a game you keep coming back to and playing over and over again. If you want to participate, get over to the CBlogs and start writing your piece – we’re promoting blogs on the topic all month. — JRo]

There are a good few games that I’ll pop into old hardware every few years, an effort made mostly for nostalgic purposes, to remember what it was like to play through a title or to see how distant those times truly are. There is only one that I will replay, without fail, at least every two to three months, simply because I can’t stay away from it, and because nothing else has quite reached the high-water mark that it set. I’ve played through this title more times than I could possibly remember. I do, however, remember quite clearly the very first time I played it.

An avid reader of Nintendo Power throughout my middle school years and into high school, I remember distinctly being momentarily confused every time I arrived at the card used for the mail-order purchases of Nintendo Player’s Guides. It would always be graced with the image of a Dragonball-esque character with spiky red hair brandishing a sword. Months of this passed. Years, even. With every new issue, shifting from the N64 into Project Dolphin, that card would always be there, and he would always be the flagship image.

Every time I saw it, I felt more and more that there was something to be said for the fact that I had no idea who he was, why the game he symbolized was so important that — for as long as I’d subscribed — he should be the prevailing image on this little postcard-sized order form. Eager to correct this, I downloaded a ROM and booted up the emulator, knowing literally nothing about the game other than its title: Chrono Trigger. 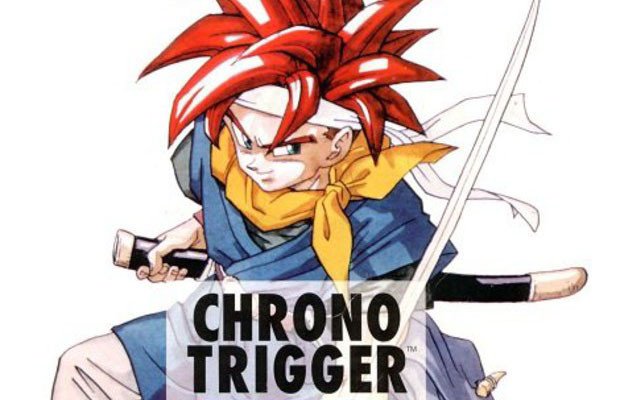 Things started innocently enough. Your character, Crono, wakes up on a sunny day, gets some allowance from his mom, and heads off to a fair celebrating Guardia’s 1000th year as a kingdom. The classic case of “boy meets girl” strikes immediately as Crono bumps into a girl named Marle, and the two of them go to see Crono’s genius friend, Lucca, give a demonstration of new teleportation technology that she’s built.

The problem is nobody trusts it, so Crono is sort of conned into giving the demonstration while Lucca and her father operate the machine. The tech demo goes off without a hitch, and Marle is so impressed that she’s eager to give it a try. No sooner is she on the pad than all hell breaks loose, her pendant having an adverse reaction on the teleporter and a portal splitting open nearby, sucking her in and closing behind her. It’s on you to find her.

Even if you take some time to investigate the Millennial Fair, all of this happens in the space of about 20 minutes. What follows is a time twisting epic in the most literal sense of the word. I was hooked, immediately and irrevocably. There was no going back.

What was great about playing Chrono Trigger was that there was never a dull moment. Every chapter of the story was well paced, intriguing, and made me feel actively involved in the role that I played. I felt engaged by each of the characters, by their back stories, and by their relationships to one another. With one exception, one of the factors that grabbed me and kept me hanging on every word was that the members of your party felt not simply like strangers brought together by the threads of fate, but like honest friends. 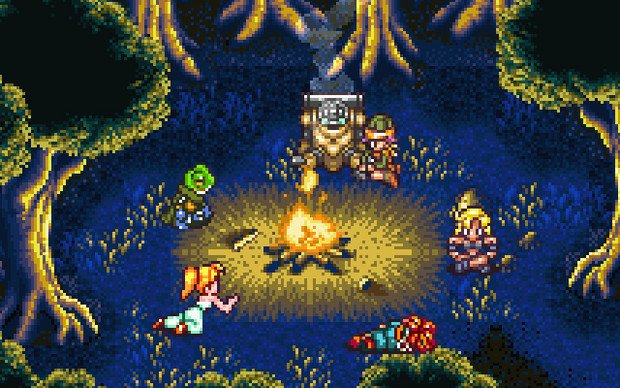 It probably helps that the world in which Chrono Trigger takes place is so well realized, from the way events span multiple time periods to the family trees that branch throughout the entire course of the game. Yasunori Mitsuda’s score, arguably some of his best work (high praise, considering that this was his first shot in the composer’s seat), helps by throwing its weight behind these relationships.

But that sounds like par for the course with a JRPG, right? Memorable characters, huge story, ambitious score. What really keeps me coming back to Chrono Trigger over and over again, then, is not simply that it does all of these things well, but that the manner in which each of these factors are executed is simply unmatched. If I’m being vague on the details, I apologize. I’m sure a lot of you have played this, but of the people I know that play games, the majority of them don’t know anything about this title. And really, that’s okay, because honestly? This is a game worth diving into cold, just the way I did years ago.

The reason for that is that while Chrono Trigger is very much a JRPG in the most basic sense, the writers and designers go out of their way to blow the standard conventions and perceptions of the genre out of the water at the very first opportunity, and to jaw-dropping and hilarious effect. Square knew what it was doing, playing to the crowds that were familiar with this territory only to sweep the rug out from under them. There is a keen awareness lurking within, one that knows that the player will want to interact with everything. Chrono Trigger waits for this to happen, and then punishes you for it in the best of ways.

RPGs have a reputation for pulling an M. Night Shyamalan, their stories wrapping themselves in greater and greater convolutions past the point of believability; the player is so far gone by the game’s climax that it’s nearly impossible to understand the mechanics by which they’ve arrived there, even with the game laying the exposition on as thick as possible to explain itself. Chrono Trigger takes a different direction, never entirely changing what you know about the characters, but instead elaborating — in small but profound ways — on what’s already been presented. 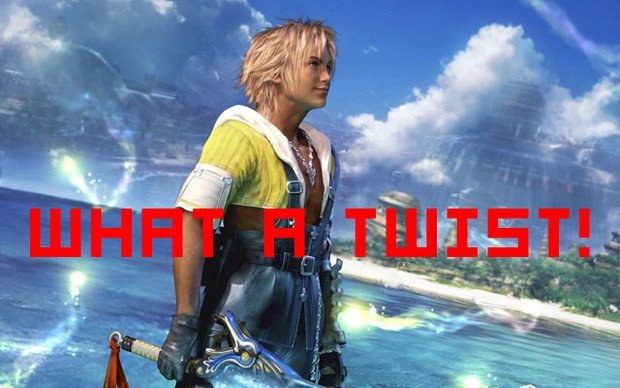 As a result, the plot is in a constant state of subtle change, the opening of the game giving the player what is very much a tip-of-the-iceberg situation before treating them to a delightful, slow exposure of the world and the danger it’s in. The overall objective and greater story arc are consistently clarified and refined, the details taking their own time to unfurl and blossom from a seed that is planted long before Crono wakes on the day of the fair. While the opening scenes certainly seem like a purely-by-chance catalyst for the world’s redemption, the fact that the game takes place on a historical scale measuring thousands of years snatches the player into the middle of things. And again, while the plot could certainly stand on its own, it is the characters that give that story its magnitude and power; backed by the game’s distinct style and impressive score, the whole thing comes to life in a way that few other games really manage to get close to. There is power here — gravitas.


It is impossible for me to hear Chrono Trigger‘s music and not immediately equate it with the atmosphere and drama associated with each piece; the score is practically its own character, shaping the perception of the world and its tension at all times. “Memories of Green” showcases the game’s innocent beginnings, the bittersweet nostalgia of the calm before the storm, the story’s timelessness despite being firmly rooted in the very concept of time. “Corridor of Time” (or “Time Circuits,” if you choose) underscores the strangeness, the magic, and the altogether naive wonder of the Kingdom of Zeal. And “Undersea Palace” serves its purpose as an accompanying track during the break-neck invasion of its namesake, a technological marvel with wave after wave of enemies waiting for you as forces from distant ages band together to change the course of history.

Even the battle system was a new take on an old standard. The Active Time Battle system is still in full effect, but where Chrono Trigger diverges is in the implementation of its Tech Moves. Tech moves can be anything from powerful physical attacks to offensive, defensive, or curative magic, and they level up based on a separate set of experience points (called Tech Points) that you earn in battle. Only members of your party receive these Tech Points, and as their repertoire of moves increases, so too does their ability to use these Tech Moves in conjunction with other members of your party.

As a result, the player is actually encouraged to periodically mix up the members of their team, because the only way you’ll unlock all of the Tech Moves is by using every combination of characters in extensive battle. It’s not enough for me to say that it’s fun; using Double and Triple Techs at the right moment on the right enemy is incredibly satisfying, as is watching your party members team up in a way that you can really see as opposed to having to direct everyone individually. Some of the more powerful Triple Techs can’t even be earned through experience, instead requiring you to find hidden accessories to activate them. You’d better believe that I went to the trouble of finding them just to see what the attacks even looked like. 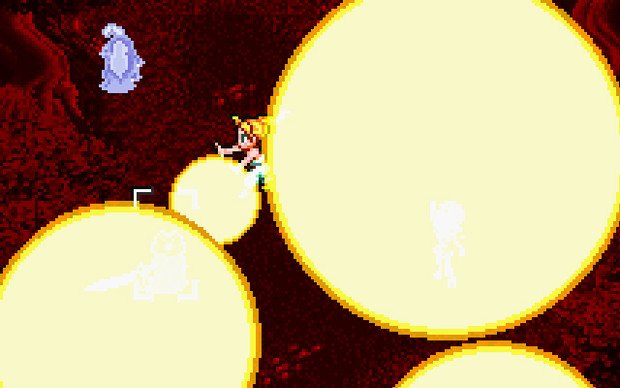 The big cherry on top is New Game+ Mode, which enables you to restart the game using stats from a previous play through the game. While that makes a lot of the progression through the game easier, it also means that you can elect to fight the game’s final boss at nearly any point you choose. No game about time travel would be complete without the butterfly effect; the promise of being able to do things a little differently is only made better by the fact that there are no less than 12 different possible endings to the story (13 if you’re playing the DS version). That’s a pretty big number of ways to beat the game, even by today’s standards, and it adds a lot of replay value for those who find themselves drawn in enough to want to see them all. But the mere fact that you can fix a few mistakes you would have most assuredly made on the first play through is more than enough incentive to play it at least one more time.

There are moments I will never forget in this game, scenes that give giggles or goosebumps every time I see them, be it the first or one hundred and first time. The trial. The drinking contest. Magus’ Castle. The destruction of Zeal. Fiona’s Shrine. Death Peak. Each of them shows how the game’s music, characters, story, and mechanics are bound so tightly together that they are altogether inextricable from one another. They do not lose their impact. They do not dull over time. Nearly 16 years later, Chrono Trigger is still tremendously fun and funny, still brimming with emotion and passion, still witty and surprising, still as sharp as a tack, still an absolute masterpiece.