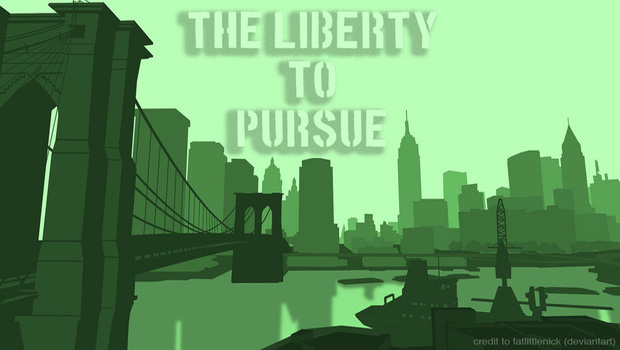 [Once again, AwesomeExMachina brings us another wonderful Monthly Musing. This month, I asked you to write about games you keep coming back to over and over again, and today I bring you AEM’s piece on why and how he still finds Grand Theft Auto IV interesting as today’s promoted blog. Want to participate and get promoted? Write your own blog on the topic right now! — JRo]

I replay games. I’m a replayer. When I love a game, I dig my heels into the dirt and, if modern day discs were like age-old cartridges, I’d have worn down my fair share. But it’s not always to chase down that measly addition to my gamer score. It’s not always to relive the story again either – even as a different gender or inverse morals – because the story won’t truly change. Bosses will still have weak-points and levels will still have checkpoints. The hero will still save the kingdom, same to the star-captain and the galaxy. The katamari still gets rolled.

I happily and knowingly amble through these pre-set triggers and carefully laid out warehouse rooms full of more explosive barrels than any company could conceivably need because I want to step back into my own shoes during the moments of the most excitement, of the highest fear. I know where to expect surprises and when to ready my health pack, but I move through it all over again the same way you watch your favorite movie, still smiling the same way while you quote the lines. But even then I can become tired of trekking down a path I’ve already worn. Still, there are some games that are built in such a way that you can never really find all the corners. There are still new experiences to be had, even if it all happens on the same maps, with the same characters, and in the same game engine.

Once the video game world became stronger enough to support it, sandbox games started dotting our landscapes. The concept had existed in some form, letting you choose A before B, but still requiring you to arrive at C with the preceding letters. The true open worlds started drift into form later and they too came with problems, sometimes giving their characters too much map and not enough to do or vice versa. But one series has always stood atop that pillar. Grand Theft Auto, the perceived bane of civilization to some and the epitome of open-world gaming to others, has been a long-running favorite to which I’ve always returned. 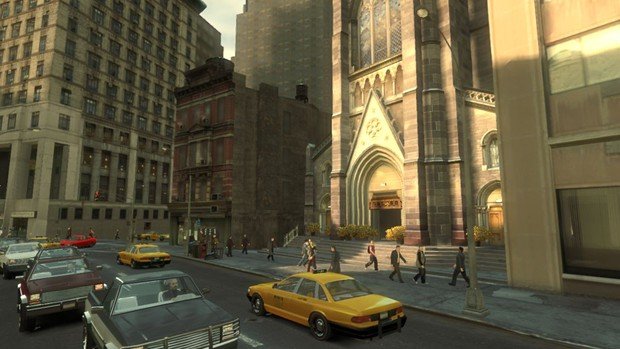 Some roll their eyes at the name alone and I’ve had many lengthy conversations trying to convince the uninitiated as to why the game represents way more than shooting the city’s thin blue line and driving your car over hookers for an unlawful refund. The storyline of Grand Theft Auto games have been evolving slowly from loose excuses to blow up cop cars into developed, well-written crime dramas. Despite that praise, I’ve rarely ever replayed the story to any GTA games, whether I’ve loved it or hated it. It’s not those cut scenes or those endless errand boy missions that keep the game disc spinning in my system.

Where most games leave players with just the multiplayer to flesh out a game’s use after the final boss has been defeated and the credits roll, GTA and other sandbox games like it give you something else to fall back on. An entire world. An open environment to conquer, explore, and experiment within. This freedom is so engaging, I’ve watched it captivate even those disinterested in games and even more opposed to the violence that so often goes hand in hand. Ever since the days running around Liberty City that first time, friends have gathered on couches and taken turns unleashing unrestrained chaos in a world of near-infinite freedoms left at their fingertips.

It’s in that self-determination that the excitement of a game like GTA can thunder on. Things have yet to be done, moments yet to happen and, in some small way, it will never repeat itself. The city itself, of course, will always be laid out the same way. There will still be gravity, the sun will still set, and barring any glitches, the citizens will drive their cars lazily down the streets and alleys. But what your friend will do when he gets into the pilot seat of a police helicopter is the most unpredictable thing on the planet. You may land safely in the middle of Times Square intent on kicking up some ruckus or you may have to ditch somewhere in the Atlantic Ocean, cursing your friend’s name in between bouts of stomach-clenching laughter over your headset. 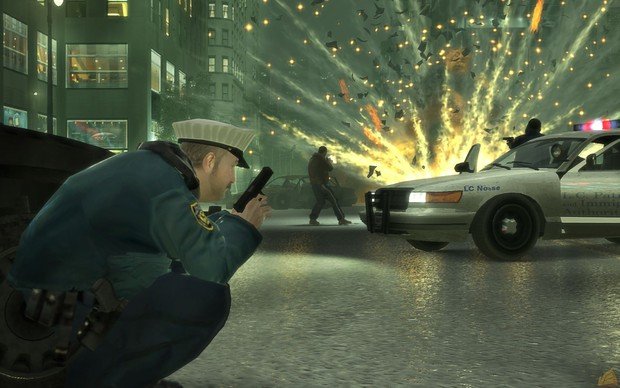 Free Play, updated to let you play with up to 16 friends in the series’s most recent iteration, is an unending well of entertainment. It goes without saying that bringing the right friends into it with you is a necessity. Boring people will be boring and if you indulge in the typical state-of-mind analogous to online shooters, you end up with nothing more than a poorly programmed deathmatch. But if a friend says over the headset the magic words “What if we…” the experience launches into a new realm.

Suddenly, you’re all packed into a stolen fire truck and hurtling down a freeway overpass to escape police. Rockets light up Times Square in organized but unhinged destruction. You find yourself ramping a Vespa scooter over the spinning blades of a helicopter, buckling with laughter as your comrade in the pilot seat brings the craft to altitude and sends you and your light blue Faggio tumbling end over end into the West River. Without some sort of goals, though, free play can become a disordered, violent mess. It’s unhinged chaos, but if you can apply even a modicum amount of guidance to it, what comes out is spontaneous, action-movie-level exhilaration.

When you and your friend suddenly appear in front of each other, pistols already placed in your hands, the first instinct is to idly shoot each other down. Stifle that and Grand Theft Auto IV free play becomes a place that doesn’t quite exist in any other medium. The objectives that guide you change and the goals are self-invented. Whole new games within the game start to form. 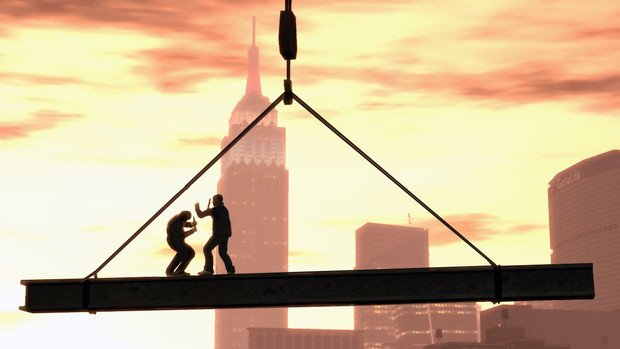 The parameters of these games fall into place quite accidentally. During one of my nights of free play with a multitude of friends, a particularly armed player found the others standing around idly and decided not to put his arsenal to waste. The others quickly bonded together under fire, piled into a sedan, and took off. A slow confidence set in just before the killer returned out of nowhere, barreling down on the group in a MAC truck and spraying Uzi fire out the passenger window. The game Terminator was born.

A curious player with no respect to his own well-being attempted an experiment during one fateful session. The goal? To see if he could launch his lifeless corpse through the O in a oversized billboard. After a successful ‘shot,’ he challenged the others to match his success. As players began calling out more and more difficult targets, Rocket HORSE became a staple. In another session, player called another a sissy for using a gun to take on the police and charged a SWAT team with a knife. After coming out of the mess unexpectedly quite alive, other players followed suit. The game became a challenge to see if you could still cause the biggest ruckus with the most intimate of weapons and the ensuing switchblade insanity was dubbed West Side Story.

Over time, my friends and I became bored with traditional win/lose conditions to these games. The challenge to race to a specific objective got tiring when one player pulled ahead by chance and the players could do nothing but wait for him or her to make a mistake. Games of killing one player, despite rules in place to make it fair, would sometimes end abruptly and the fun fizzled with it. So nights of rampaging in Free Play became not about getting from point A to point B or killing player X, but to make the most entertaining chase. The winner was not the fastest to the finish line or the first to headshot, but the player who could provide the moment everyone kept talking about, the event that caused the most controllers tossed and headsets shouted into.

With this wide-open platform for cinema-quality action with a bevy of friends, Grand Theft Auto IV will never bore me. Even to this day, roommates and friends alike still pile into private rooms with the auto-aim switched off just to see what happens. Some old favorite activities resurface, like going for the biggest jump or crashing cars in the most hilarious way. But still new ways to play emerge, new homemade game types are invented and perfected. Even still, older versions of the game get pulled from boxes and friends drift back into the old stomping grounds of Vice City and San Andreas. The graphics are laughable, but the entertainment laden within them will never show its age. Rockstar’s prided series, and perhaps all true sandbox games, exist as perfect games for re-playability because they do more than just give you new chapters to the story or new maps for the multiplayer. They provide you with an open world carte blanche and dare you to do something new with it.