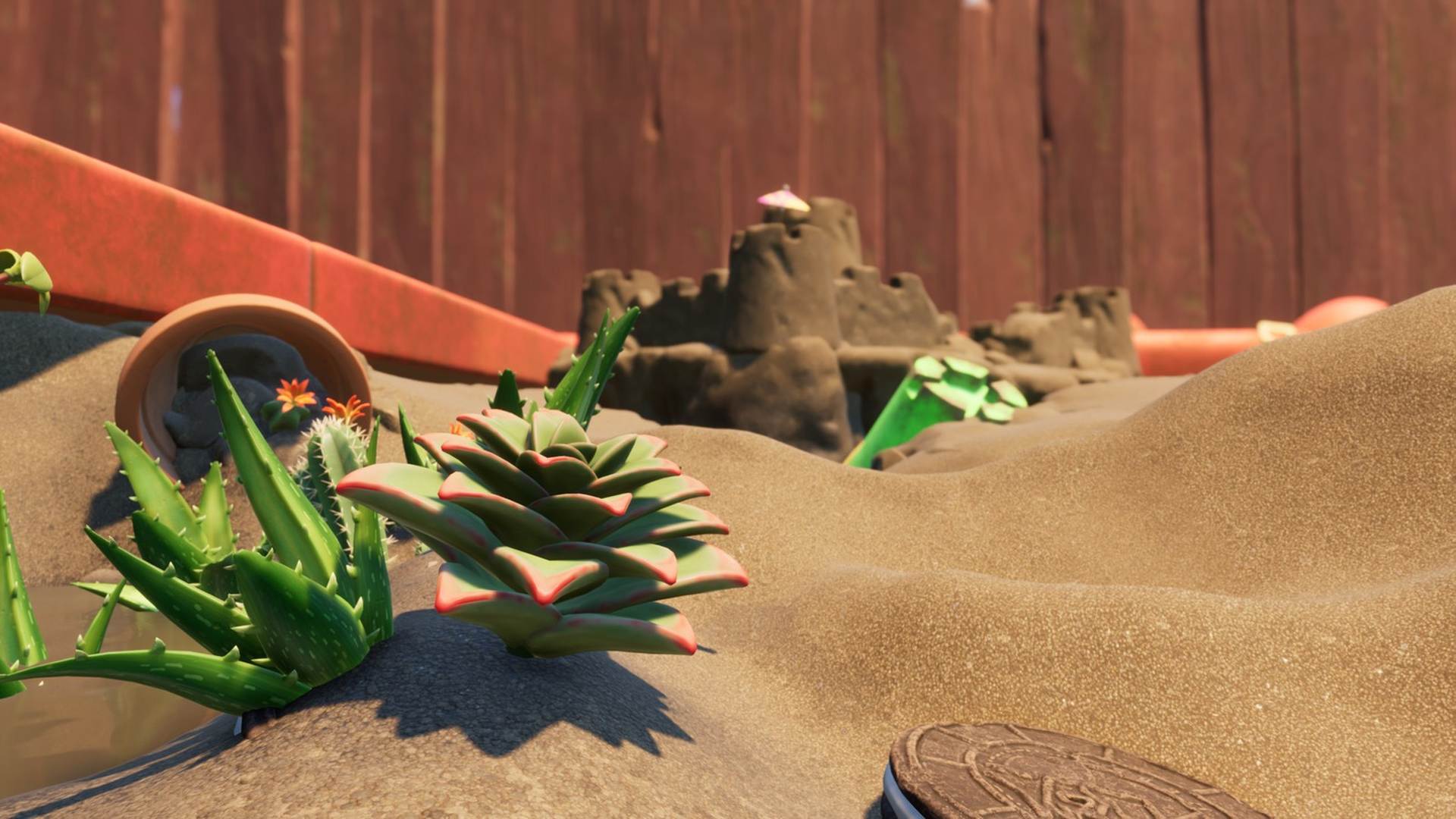 Playing in the sandbox may be inadvisable for your health

Grounded, Obsidian’s game of backyard survival, is getting a new update that’s adding even more to the yard. The Hot and Hazy update for Grounded will shift up the sandbox and the “Haze,” as well as some neat-sounding new gameplay hooks.

A few previews went up today at various outlets like IGN and Eurogamer, showcasing the two major biome updates coming to Grounded in the Hot and Hazy update. The first, or the Hot, is the sandbox. Grounded has a knack for turning everyday backyard decorations into arenas where shrunken players fight for survival, and the sandbox is no different. With massive dunes and an overbearing sun, players will have to dart between shade to avoid the “sizzle,” which steadily heats you to death.

Of course, defeating some ant lions in the sandbox will let you eventually craft sizzle-impervious armor. That’ll make it even easier to dig treasure out of the sand, too. But that won’t help so much with the Haze, the second part of the Hot and Hazy update for Grounded. This is a renovation of the “haze” biome, now turning it into a fungus-infested area covered in a fog of deadly weedkiller. You’re going to need a mask.

Milk Molars are also coming. These collectibles will let you upgrade stats like health, stamina, or how many mutations you can equip. You can choose which aspects you want to upgrade, and you can also buy upgrades for the group too, or apply upgrades to weapons. Armor is getting a rework as well, with different classifications and tradeoffs according to how heavy your armor is.

Grounded has been an interesting game to watch evolve over time, as Obsidian continues to rework, reinvent, and build upon its shrunken survival adventure. With the Hot and Hazy update, it sounds like Grounded is getting even more dangers to overcome, and hopefully building ever-closer to that full launch out of early access.