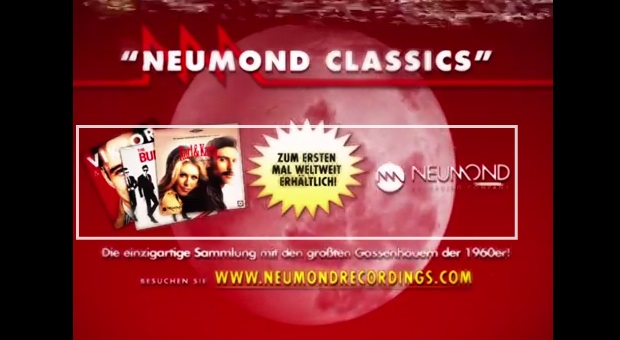 Neumond Recording Company is where it’s at

What goes together better than a free Saturday night for me and a bunch of books about the nuclear disaster in Chernobyl? Why, the ’60s and Nazis, of course! That’s basically the premise behind Wolfenstein: The New Order, and I’m psyched to get my B.J. on (see what I did there?) but there’s a completely different reason I’m excited about the upcoming release. There’s actually a whole catalogue of fake German pop songs ranging from rock to psychedelic tunes that were created under the guise of “Neumond Recordings” to accompany your blitzkrieg through Wolfenstein: The New Order. How cool is that?

Bethesda’s taking the last hype train to Clarksville (or Hamburg, if you listen to the suspiciously Monkees-sounding Die Shäferhunde track) for the upcoming shooter that follows an alternate 1960s where the Nazis came out of World War II having completely conquered.

We got a little taste of this kooky music with the “Boom Boom” gameplay trailer, but with an entire menagerie of songs like “Berlin Boys and Stuttgart Girls” or “Ich bin überall” available for your listening pleasure on Soundcloud, there’s a lot more here to love than the snippet in the trailer. As an aside, is it just me, or is Captain Blazkowicz channeling a little Inglourious Basterds-era Brad Pitt in that trailer?

The video above highlights some of the best manufactured German tunes apparently meant to act as the soundtrack for teens having to grow up in that weird alternate era, and perhaps unsurprisingly, I’m really into them. But, you know, speak a little German to me and I’m putty in your hands. At any rate, if there were some sort of way to play these in-game instead of what I’m sure will be an orchestral soundtrack, that would be baller. In fact, in some areas the entire collection of music is available as a preorder bonus. Hey, North America! Let’s get on this.

Filed under... #Bethesda#News#Wolfenstein: The New Order