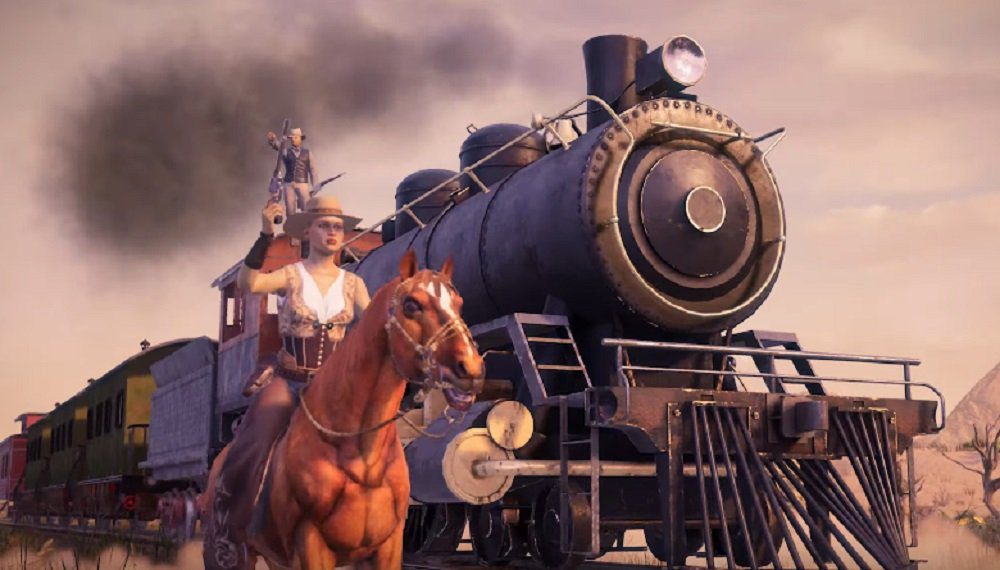 This town ain’t big enough for the 100 of us

As the popular battle royale genre continues to search for new locations, realms, and even eras with which to wreak its multiplayer mayhem, fledgling studio Team GRIT has announced its intention to take the Last Person Standing concept back to the wild west, with the announcement of a brand new hard-shooting free-for-all: Grit.

Currently in development for PC, Grit will see 100 varmints take to the dust bowls, saloons, gold mines, and deserts of the Old West, engaging in tense, gun-slinging mayhem in hopes of becoming the last desperado in town come sundown. Looting trains and treasure will help kit out your cowboy with one of 20 different weapons, while scavenged poker cards will add various buffs and effects to your custom character’s playstyle.

Of course, it wouldn’t be the wild west without a little giddy-up, so keep an eye out for trusty steeds to help add some speed to your trail. A locomotive train will also be snaking across the map, offering a handy way to get out of (or into) Dodge when the lead starts flying. And if you find yourself eatin’ dirt, it’s cool, as a high noon showdown with a fellow eliminatee could find you winning one more go back in Gulch.

The wild west is a good setting for the battle royale genre, and the above trailer is fun and appealing, (even if adding a parachuting element to the 1800s is the most ridiculous thing I’ve ever seen). Grit will receive numerous beta tests before it hits Early Access at some point in the coming months, with a full release scheduled for September. Where we ridin’, boys?