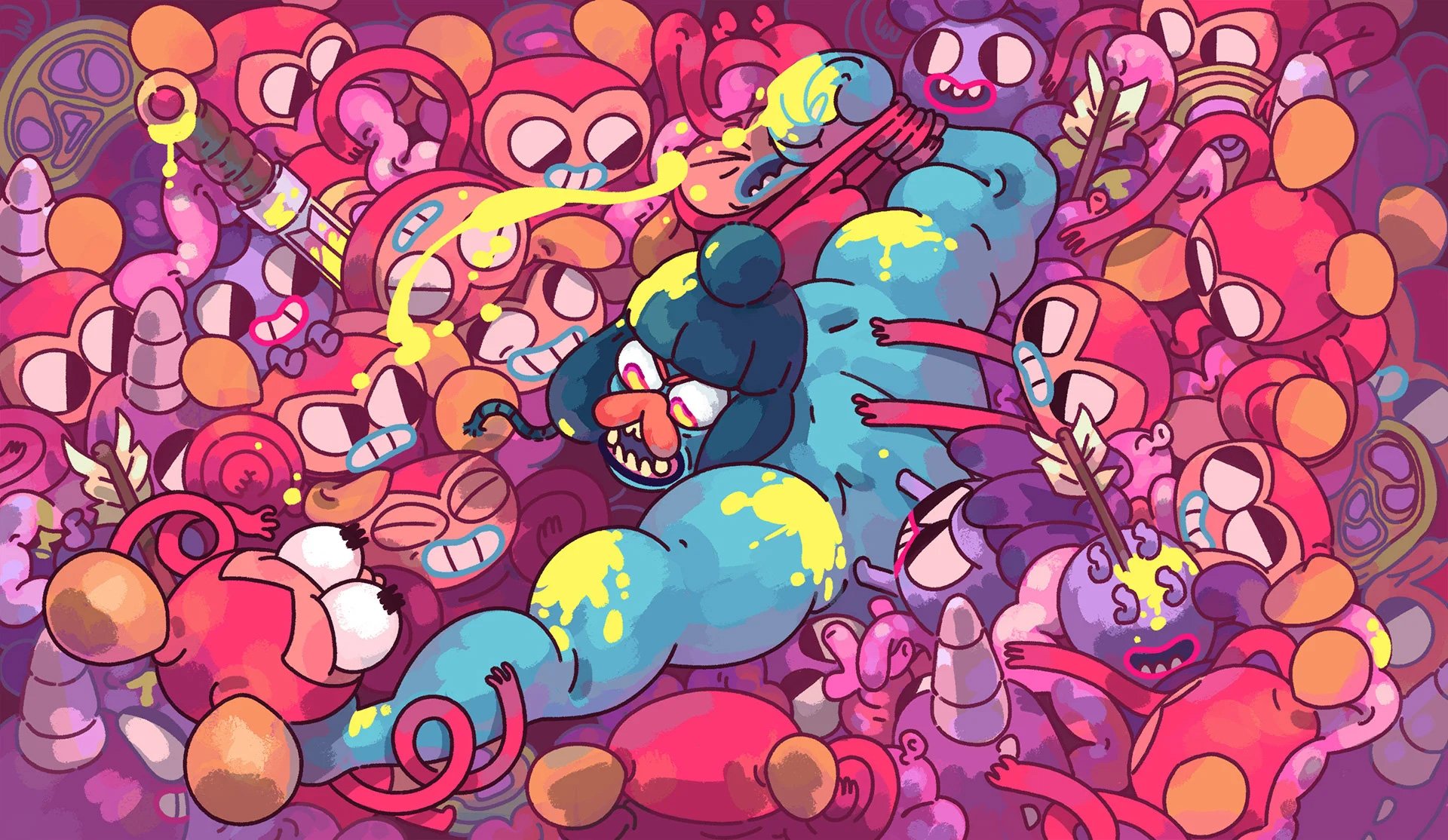 The iOS version was adapted in all the right ways

If you’ve played Critter Crunch or Might & Magic: Clash of Heroes, you don’t need to be convinced that Capybara is capable of making great puzzle games that’ll creep into – and slowly take over – your headspace. With that in mind, I’m here to remind you that 1) Grindstone exists and 2) it’s fantastic.

More importantly, it’s no longer locked down to Apple Arcade. You can get Grindstone on Nintendo Switch as of this week, and if you’re an early buyer, you’ll save five bucks. $14.99 is the sweet spot.

After reviewing the original iOS version in 2019 and truly loving it – only to let my Apple Arcade subscription lapse a while later and miss out on a few big content updates like Daily Grind modes – I’m happy to be reunited with this gnarly monster-mashing, color-coded-path-tracing puzzler.

The most important thing to note: the Nintendo Switch version of Grindstone has touch controls.

Good touch controls, at that. It’s not as inherently comfortable to hold a Switch for a game like this compared to an iPhone, but the controls are accurate and well-thought-out. You can go all-touch for the line-drawing gameplay, or use the analog stick (which works surprisingly well), and that also goes for interacting with UI elements on the world map and inside the shops. I tend to use a mix of both.

I was also pleased to see that Grindstone looks and runs (and animates) just like I remember. This is a game about mashing little creeps into a pulp, and that colorful brutality is so smooth in motion. Capybara also reworked the presentation to better fit the widescreen Switch display – the effort shows.

If you’re coming in fresh with the Switch port, you’re also benefiting from post-launch iOS content and features like a “gore” slider, more outfits (with unique gameplay perks), more items (that can really help even the odds in sticky situations), and tons of new levels, including new boss battles. It’s been refined.

As for what Grindstone is like as a video game in general, it’s a content-packed puzzler with a simple but clever and super satisfying central mechanic, plenty of layered gameplay depth, optional high-stakes rewards that organically push you to play at your best, and a not-too-fussy gear progression system.

To sum up Grindstone‘s hook, on each level, one turn at a time, you’ll physically draw a path for your adventurer to chop his way through on a board filled with red/blue/yellow/green/purple creeps, beefier foes with more HP and specific attack patterns to avoid, and other tricky static and dynamic obstacles, some of which are breakable, some of which aren’t. The hero, Jorj, can combo his way through creeps of the same color in one swoop – and use gems (that are added to the board after you achieve big chains) to switch from one batch of colored creeps to another color type in the same long-winded move.

Basically, it’s a color-matching game with short- and long-term threats to watch out for, a range of directional choices to consider (I always feel like I could’ve been a bit more efficient), and a nice ebb-and-flow difficulty. It gets more intricate – especially with equippable items that, say, let you jump anywhere on the board, or threats that can’t be fully dealt with in one turn, like skeleton-summoning tombstones – but that’s the gist. It keeps building and building without becoming annoying to play.

(For extended thoughts on the puzzle mechanics, please hit up my review. It’s still applicable.)

If for whatever reason you’re skeptical of the price, know that this is a long, long game. That was one of my only complaints with the original, actually. My advice? Take your time. A handful of levels a night.

On iOS, Grindstone was a brilliant puzzle game minus the usual time-wasting mobile practices that artificially keep players from actually playing. On Switch, it’s the same success story. Don’t skip it!

Straight up, this is one of my favorite puzzle games ever.