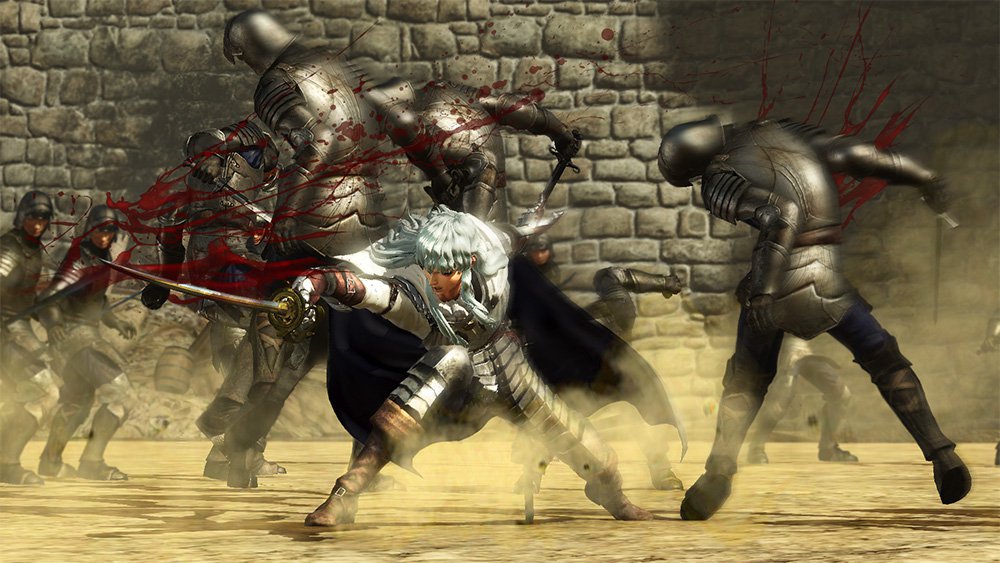 Also, here’s the Guts video if you missed it

Guts already had his day, but Berserk Musou‘s Griffith is ready to step up to the plate with his own character video.

Griffith predictably has a swifter style, with “thousand cut” type moves, as well as thrusts, and what seems to be a delayed strike mechanic — it reminds me of Vergil from Devil May Cry 3 in all the best ways. Sure, he doesn’t have a cool Berserker Armor mechanic like Guts, but if Koei Tecmo unveils a playable Femto, all is forgiven.

In fact, a playable God Hand crew in general would shoot my already piqued interest on this project through the roof. Slan would fit right in with her tentacle hair attacks, as would a floating Ubik. Now I’ve just set myself up for disappointment!