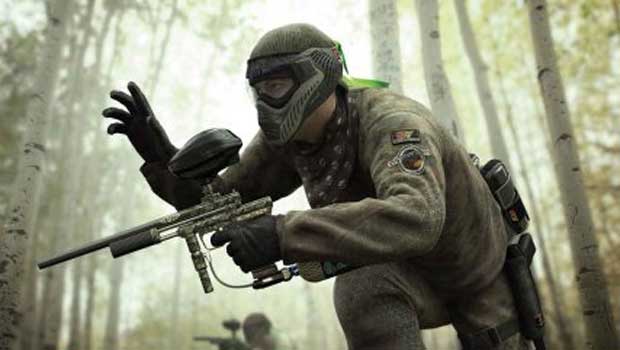 Because the 2004 Xbox title Greg Hastings Tournament Paintball needed a sequel, it’s getting one this year, thanks to Majesco.

The publisher has announced that Greg Hastings Paintball 2 will be hitting Xbox 360, PlayStation 3, and Wii this September. The game features both single and multiplayer gameplay modes and events based in real-life paintball fields. The game also has a new feature called the “Cheat Meter,” which lets you wipe off pain splatters before getting caught. Is that something people do?

Also on tap is downloadable content, because once you get a taste of Greg Hastings Paintball 2, you’re going to want more. The game is being developed by Super X Studios who have previously developed a photo safari title for the PC, as well as an outer space screen saver.