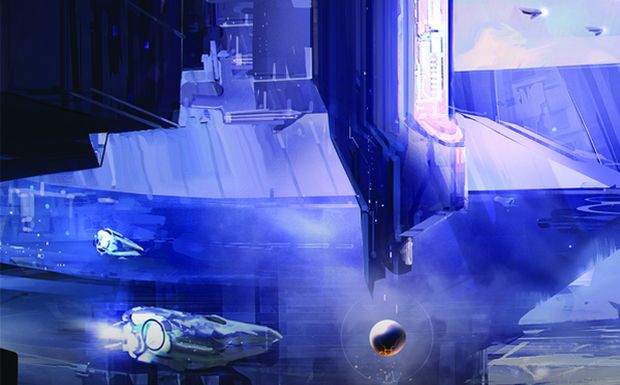 The final chapter in the Forerunner Saga of novels by Greg Bear is set to arrive on January 8, 2013. Halo: Silentium will detail the final hours of the Forerunner conflict against the Flood, which as Halo nerds know it, will end with the Forerunners triggering the Halos and cleansing all life in the universe.

The press release makes mention that the Flood are being aided by an unexpected ally, and based on the cover art of Silentium, makes me believe these allies are the Prometheans. See that black and orange glowing sphere? It looks like the one from the Halo 4 gameplay debut trailer.

San Diego Comic-Con attendees this week will also get a chance to meet Greg Bear on Saturday at 2PM during a special giveaway and book signing at the Tor Books booth. Yay books!