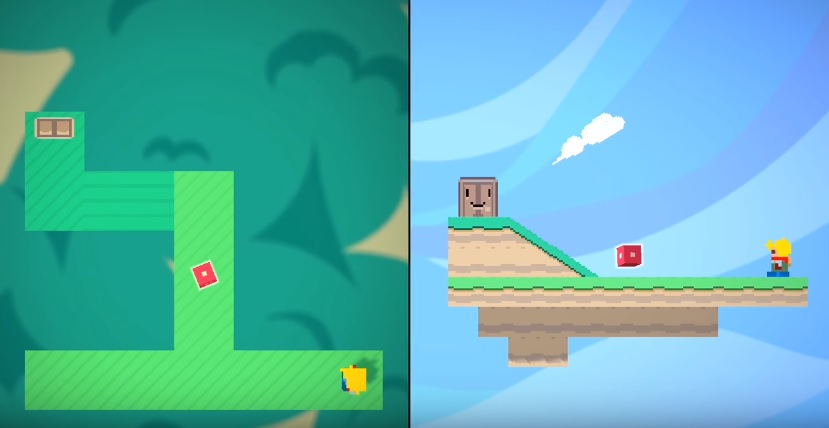 Fez is a lot more than a platformer, as it presented a ton of awesome puzzles that took the community weeks to decrypt. But honestly my favorite part were the action bits, and I couldn’t get enough of the perspective switching mechanic.

Graybles seems similar in that way. In the newest trailer from developer Daniel Marques, the “multiple perspective” concept is shown off, which is a bit more akin to the split-screen filmmaking technique. The game is coming sometime this year.