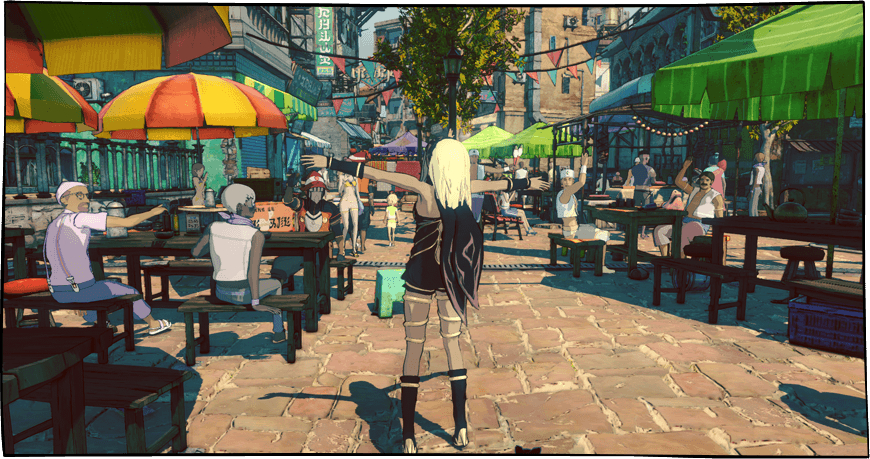 Shocking only the holding-oniest of holdouts — I’m talking skydiving with a parachute attached to brass knuckles — Sony recommitted to Gravity Rush 2 at Tokyo Game Show 2015 with its first proper trailer and a 2016 release date ahead of a PS4 remaster of the original Vita game to help drum up interesting in the sequel.

It is very beautiful and I am happy for it to exist, same as I was, well, not quite happy, but able to force myself to wait nearly 2 hours to play the original remaster for less than 15 minutes.

Gravity Rush 2‘s lively webage has some loose plot details, translated by Gematsu, as well as a look at the Syd’s new duds. I prefer the police uniform.

“In the aerial city of Hekseville, reconstruction is progressing after the new weapons incident caused by the former mayor D’nelica. After a strange gravity wave disturbance was observed, the gravity princess Kat begins an investigation with her shifter partner Raven, and Syd, a police officer. Kat senses something strange and the area is hit by a gravity storm on an unprecedented scale. The three investigators are sucked into a gravitational whirlpool before even getting a chance to use their powers.”