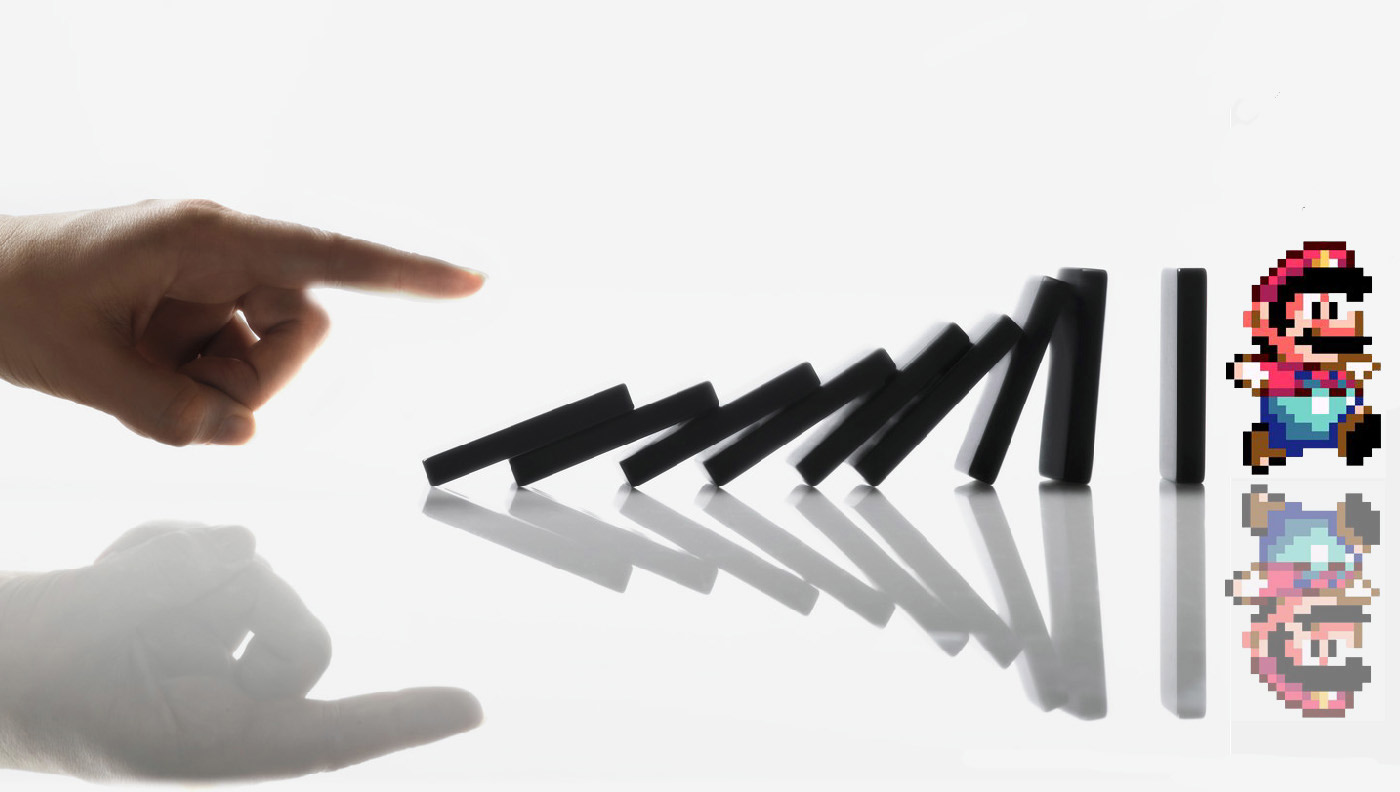 There’s something that’s just satisfying about watching a carefully laid out matrix of dominoes falling down exactly as they’re meant to. YouTube user TheDominoKing has been setting ’em up and knocking ’em down for quite a while now, and most recently created a tribute to Super Mario World using over 80,000 individual dominoes.

This YouTuber has set up tributes to many other classic games in the past, including Sonic the Hedgehog, the original Pokémon, and Fallout. They’ve even done some more recent favorites like Splatoon, Undertale and Five Nights at Freddy’s.

I’m not sure why this is so compelling, but it’s interesting to see how well dominoes translate to pixel art. So if you have some time this weekend, why not check out a few of these videos?