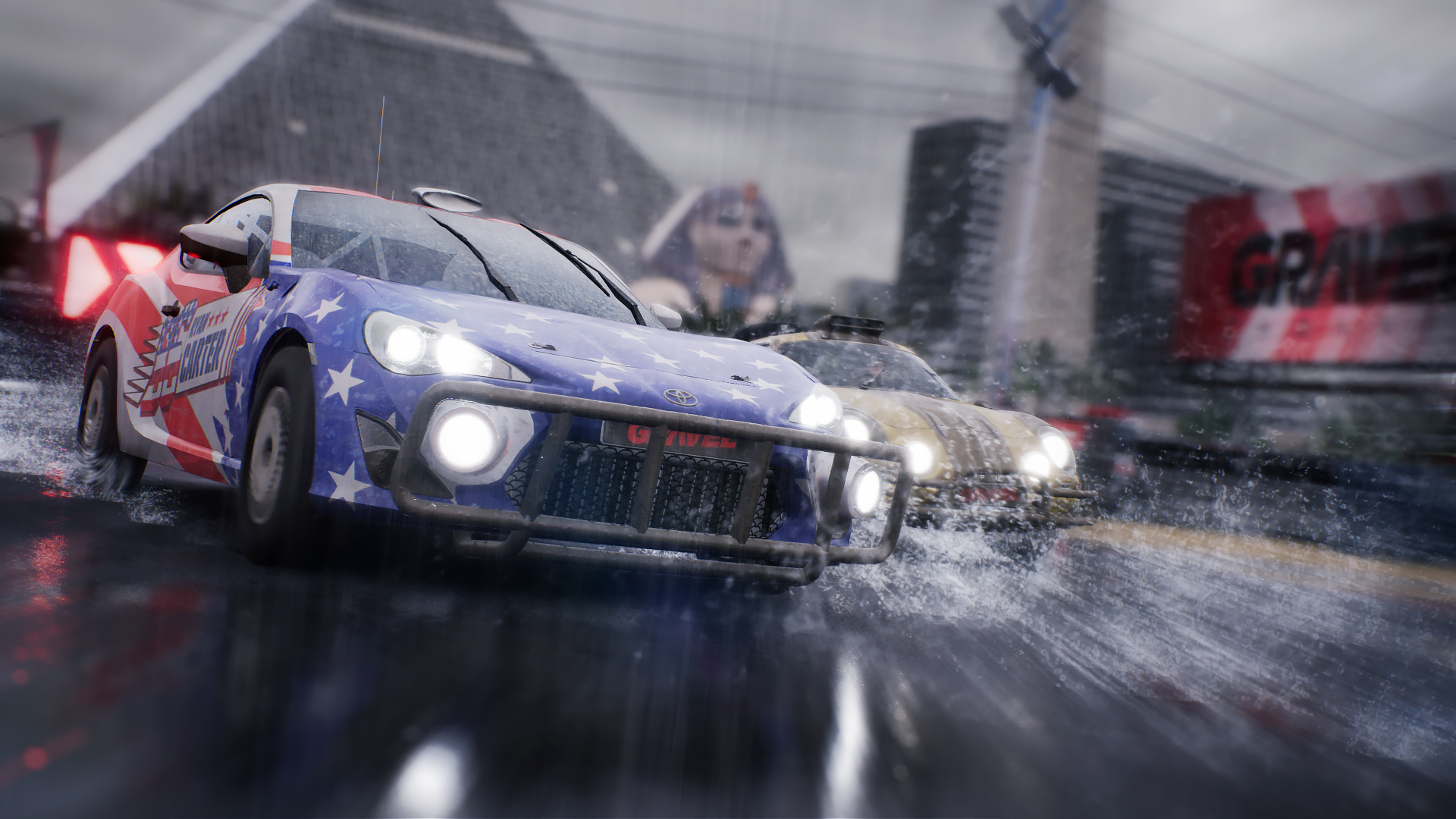 Putting the “fun” back in “racing games should be fun”

I want, for a moment, to tell you about the absolute worst time I’ve had while gaming. Well, I actually wasn’t gaming. I was chilling out max and relaxing all cool with a buddy of mine for what I thought was going to be some kickass Cuphead time on his Xbox One. While we eventually would get to that near-masterpiece, the first 45 minutes of my visit was spent looking on as he tweaked every goddamn tweakable part of his 1970 Dodge Coronet Super Bee in Forza 7.

I’ve played Forza, Gran Turismo, and Project Cars, and while they’re all just stunning to look at, I just don’t care for racing games where I have to pay attention to that many minute details and make minuscule adjustments all in hopes of improving my lap time by as much as three seconds. Hell, I barely tolerate the customization options in the last Mario Kart. Call me a filthy casual, but I believe racing games are at their best when I can just pick a car and get my ass on the track. That’s what I like and that’s what Gravel is looking to deliver when it launches next month.

It’s been a while since we last talked about Gravel and I was surprised when the Square Enix representatives on hand for my hands-on informed me its launch was just over a month out. Given it was supposed to launch last summer, maybe I shouldn’t have been too surprised. 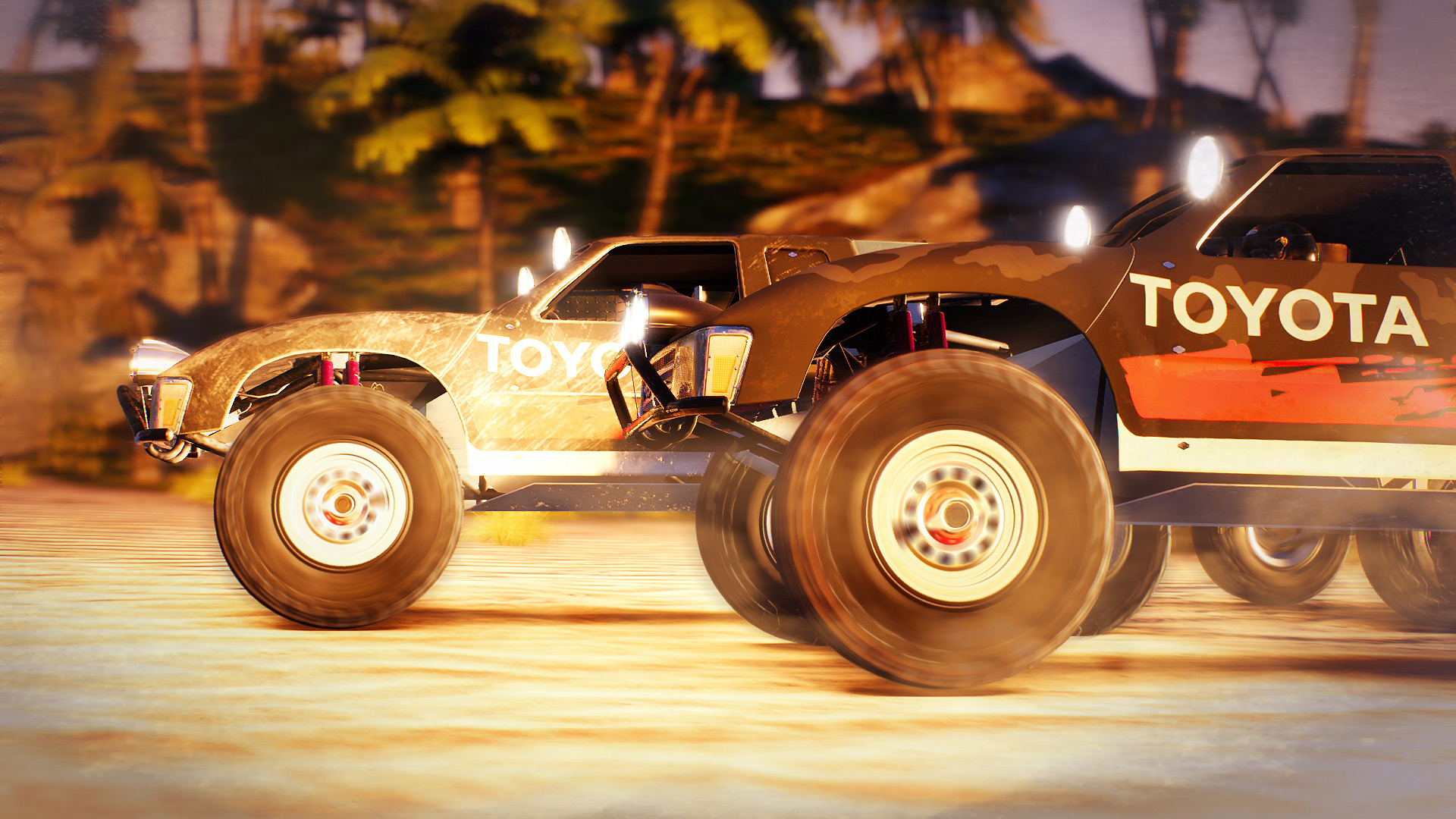 For those who have forgotten, Gravel is an arcade-style racer that features a mix of off-road and paved tracks that fall into four different racing categories: Cross Country, Wild Rush, Speed Cross, and Stadium. Wild Rush, Speed Cross, and Stadium are all your typical lapped races featuring fictional and real locations, like the LA Coliseum, while Cross Country tracks are long, often winding paths where racers have to keep note of the checkpoints. Gravel features 10 gameplay modes and 70 cars across 19 licenses, including VW and Porsche, all of which can be slightly modded for the race at hand. I’ve been assured any adjustments made to the car pre-race are vastly simpler than what we find in hardcore racing simulators and I didn’t need to make any modifications to my vehicles during my hands-on to take the checkered flag other than dialing down the difficulty.

Gravel’s single-player options include free races and a story mode that has one-on-one boss battles. It’s presented as episodes of Gravel TV — complete with cut scenes — and every episode is made up of a handful of tracks. Vehicle selection for each race can be limited by track type as well as which cars and trucks have been unlocked. To unlock the next episode of the story mode, we’ll have to beat the boss vehicle in every race it asks of us.

There are 16 different locations in the game, each with multiple available tracks, and the shining moment for me during my playthrough was with one of the tracks on Frozen Peak – Mont Blanc. Prior to this race, I had completed runs on off-road and rain-slicked courses, giving me a feel of how vehicles handle in these different situations. This track, covered in white as a snowstorm raged around me, had its own unique feel with an interesting mix of twists and turns that had me nearing disaster as I pulled off incredible drifts. Any mistakes I did make were easily undone by the rewind feature now standard for Milestone games.

Multiplayer wasn’t available for my session, but when the game launches, between two to eight players can race online across several different race types, including standard races, capture the flag, king of the hill and more. There will be no local split-screen, but Milestone is planning weekly challenges with a leaderboard that will update on a regular basis. A mix of free and paid DLC is planned that will add new cars, new car categories and new tracks, the first of which is a Porsche Rallye Pack pre-order bonus.

The preview build was not without issues. The Alaska tracks were infected with occasional frame drops and frame jumps. Neither interfered with my ability to win the race but both proved to be a bit jarring compared to the smooth presentation of every other track. There was also just an overall lack of polish to the graphics. Vehicles frequently featured low-res designs, audience members in the stadiums would pop in and out, and some of the scenery looked decidedly last-gen. I don’t really know if the game is getting the most out of the Unreal 4 engine and it’s certainly lacking compared to the other Milestone racing game using the engine that launches a few weeks before this one. 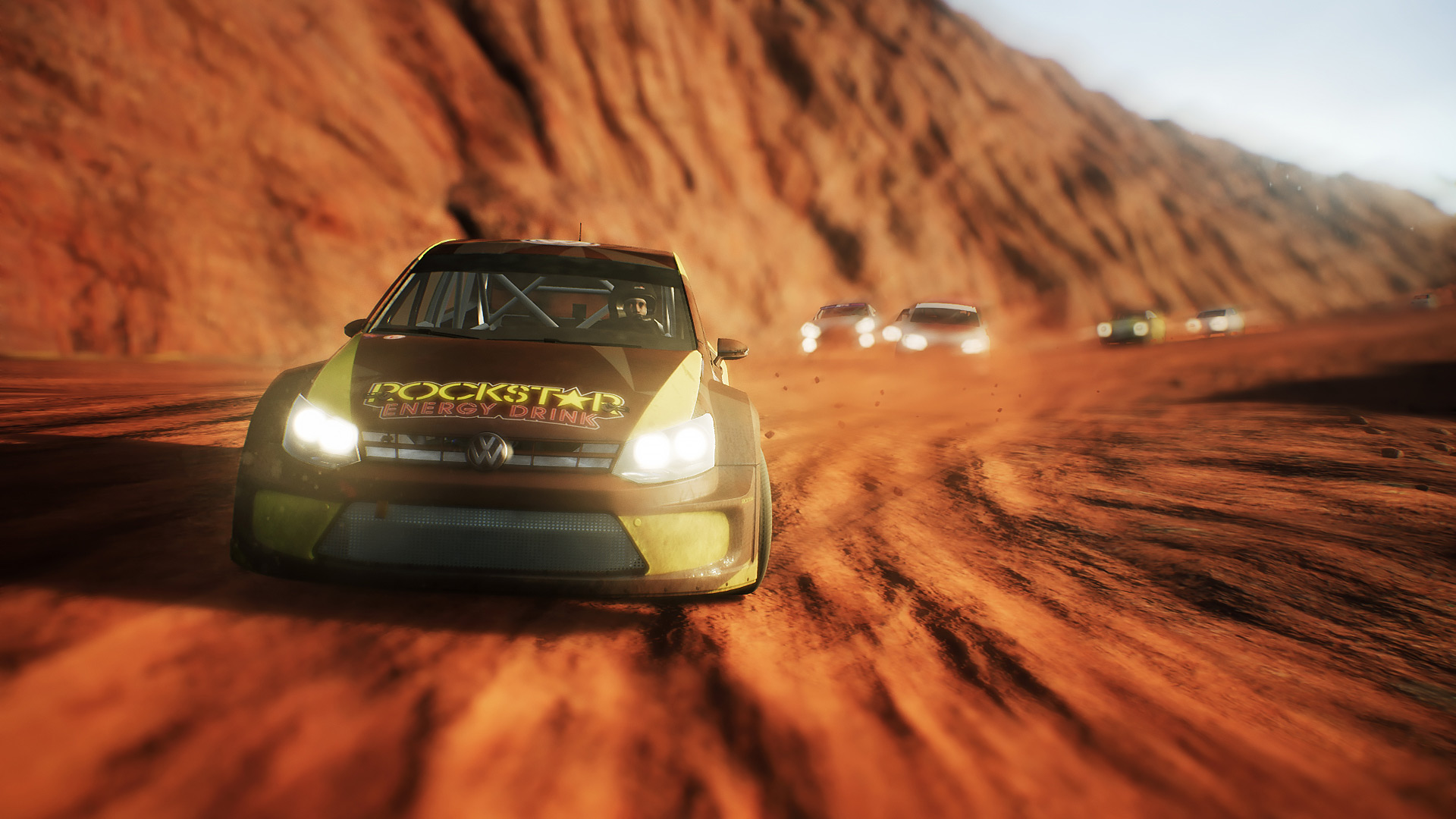 But, those issues could be related to the age of the demo build and assets that appear dour now could be cleaned up and spit-shined for the final release. If that happens, great, but it would still leave what I think might be the game’s most pressing issue: underwhelming track design.

Off-road racing games, especially those not necessarily tied to real-world locations, have the ability to present players with imaginative, memorable tracks that would be impossible in real life. Motorstorm, Excite Truck, hell, even Asphalt Xtreme: Rally Racing on my phone are all home to impressive track concepts that ooze creativity both in the layout and scenery. I didn’t get any of that in my brief time with Gravel.

Let me make it clear: I played approximately eight of the 65 tracks available. Of those, I’d say maybe half were enjoyable, including one that looks like a big dildo. For a game that promises “amazing stunts” on its Steam page, I didn’t see anywhere to pull them off. There were small jumps and some very long drifts, but nothing I’d consider amazing. The problem could be the foundation of each track is tied too closely to the real world. Jaunts through the Alaskan wilderness or across a tropical island are far too elementary and I found myself more entertained by conventional track locations that offered twisting, testing designs. That beach track was pretty damn beautiful though.

Track design is going to make or break Gravel and I hope the best is yet to be seen. Because with a story mode, multiple online options and an emphasis on fun over fidgeting, it certainly looks like it has the spirit of those classic off-road racers. Gravel launches for PS4, Xbox One and PC on February 27 with enhancements for PS4 Pro and Xbox One X owners.