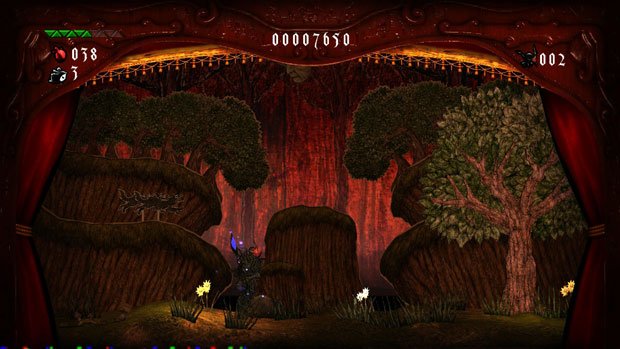 Grasshopper Manufacture, the company of wacky auteur Suda51, continues its partnership with Digital Reality as they work on a new project named Black Knight Sword. A downloadable game for Xbox Live Arcade and PlayStation Network, the story follows a black knight who has teamed up with a sword spirit to take down a beautiful but evil princess. Seems pretty straightforward, until you remember that Grasshopper Manufacture is making it.

Black Knight Sword is a sidescroller framed as a play, with colorful graphics that look like cardboard cut-outs. Since Digital Reality is from Hungary, there’s some European art design in there too. Former Silent Hill composer Akira Yamaoka seems to be in charge of the sound, so that’s always a treat.

The biggest shame is that this teaser shows less gameplay than the screenshots you can find below. Still, I’m liking how it looks. For the right price, I even think the game could be released at retail! But then again, it’s a sidescroller, and people refuse to pay any reasonable amount of money for one of those, no matter how well crafted it is.