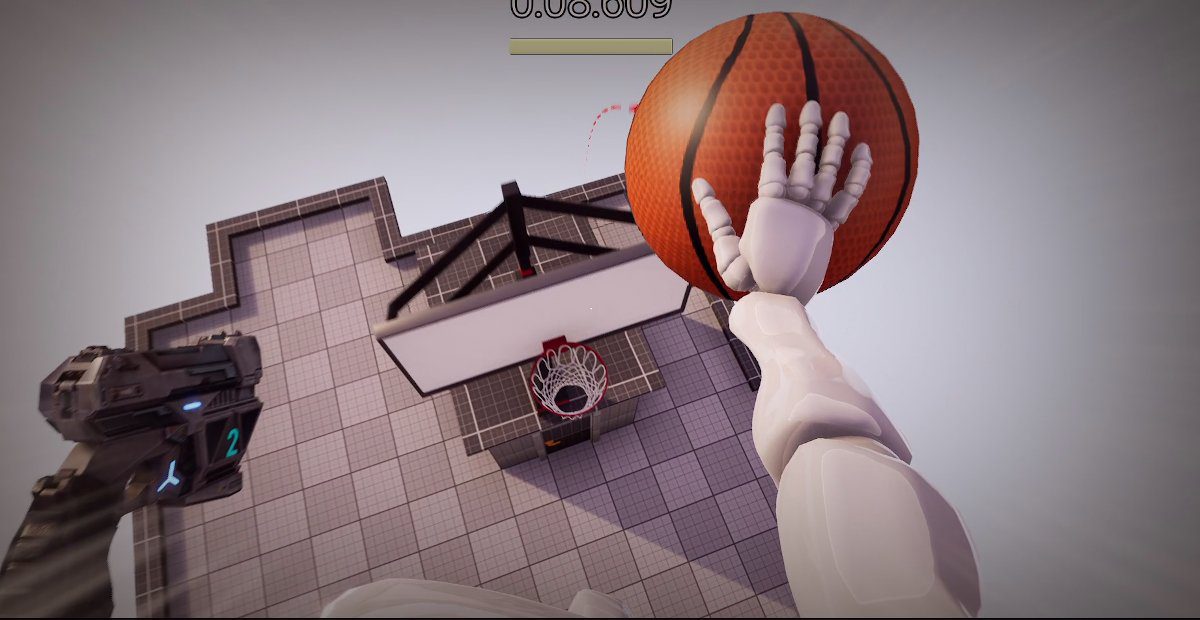 I’ve spoken often about how much I love the indie development scene, mostly because it’s where crazy ideas can be combined to make something truly unique. Grapple Hoops, as the name suggests, is a grappling hook-based basketball game and if that doesn’t sound unique to you then I don’t know what you want.

Developed by the one-man team of Andreas Georgiou, Grapple Hoops features physics-based puzzles where the goal is to make the ultimate jump shot or dunk on a hoop that is impossibly far away from where you started. It’s challenging, fun, and incredibly rewarding when you nail your shot from halfway across the level. Don’t believe me? You can try the demo out for yourselves right now.

Fun right? While the demo currently only shows off the single-player puzzles, there is a planned multiplayer mode that Georgiou hopes will be the driving force behind the game. One of the modes they hope to implement is a “Dunk Race,” wherein you have to dunk on a series of hoops before your opponent does.

Georgiou hopes to have the game finished by the middle of this year but was very candid when I asked him about the timeline saying “It will be a challenge because I’m only one person developing this.” As of now, Grapple Hoops is only on PC, with Georgiou hoping to bring it to both Mac and Linux. Currently, there are no plans for a release on any of the major consoles.