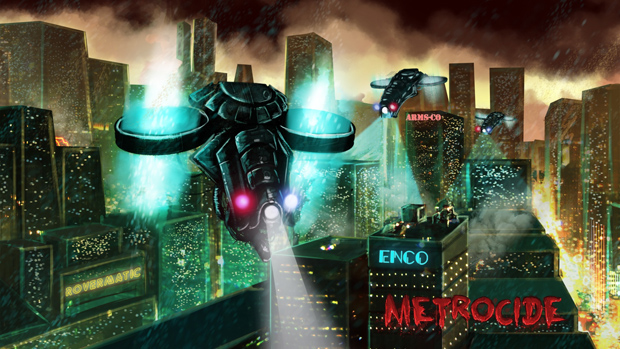 Described as a brutal stealth-action game inspired by titles like Syndicate and Grand Theft Auto, Flat Earth’s Metrocide has me very, very interested. With a visual style that appears right at home in Devolver Digital’s stable of hardcore neo-retro titles, this top-down murder simulator looks like it just might have what it takes to stand alongside games like Hotline Miami.

Metrocide invites us to play as contract killer T.J. Trench in a dystopian cityscape where police drones patrol the skies, gangs roam the streets, and heavily armed citizens all lie in wait, ready to leave you as fodder for the cleaning droids. Check out the official trailer above.

This is currently slated for a PC and Mac release in the second half of 2014.