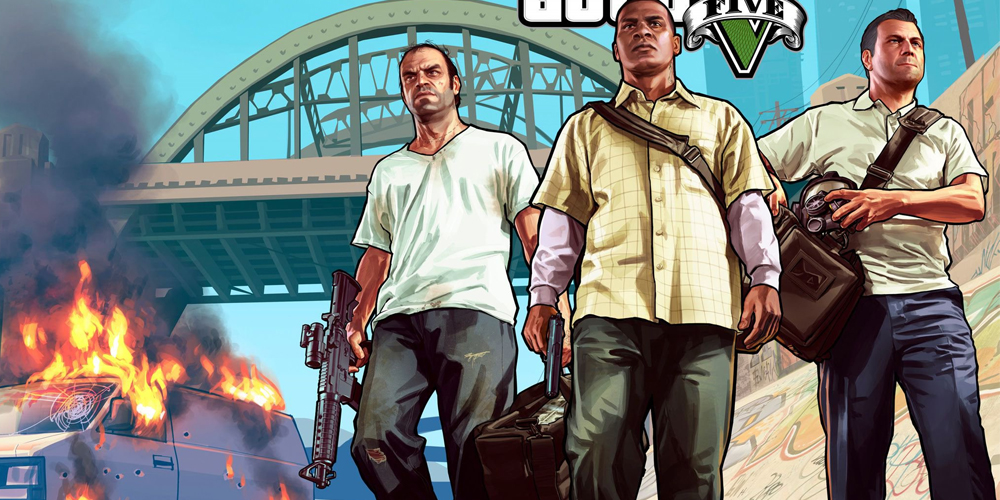 Earlier this week, we learned that Grand Theft Auto V will feature three playable protagonists. Knowing Rockstar, things couldn’t just be that simple. GTAV will feature a Switch system that gives each character his own AI routine and the player the ability to interrupt it and jump into each character at designated times.

When you are roaming the Meth-addled lowlands of Blaine County as gruff, mentally troubled Trevor, you may decide to jump into the role of the posh, weathered Michael. The camera will zoom out, presenting a Google Earth-style overview of the city, and then seamlessly go into the role of the other character. Depending on your timing, you may find Michael in the midst of a police chase or daily walk around his Rockford Hills mansion.

In missions, your role is restricted but there will be opportunities to switch roles. For example, the extraction mission detailed in this month’s Game Informer begins with a helicopter ride and ends with a helicopter chase. Michael is piloting, Trevor is dumping his assault rifle into agents in a skyscraper below, and Franklin — a 20-something ‘hustler’ — is taking potshots at enemies from a highrise across the street. You can switch into any character in this specific moment, but each mission will be a bit different. Rockstar suggests that these heist missions, which are the main focus of the game’s plot, will contain flexibility in character swapping.

“When you are only one character, it means they always have to be driving when the driving is fun, shooting when the shooting is fun, flying when the flying is fun, and parachuting when the parachuting is fun. It can lead to things being a little ridiculous — having a lot of free time spent climbing ladders, or a lot of segues from moment to moment that can end up being slightly contrived,” series producer Dan Houser told Game Infromer. “With [multiple simultaneous protagonists] we can get past that and also cut out a lot of the transition moments to just always put you in the action”

I’d be happy with another GTAIV, but it seems Rockstar is taking my favorite elements of that game (the DLC’s multiple perspective storytelling, the bank heist mission) and making the studio’s most stupidly ambitious game yet. I still worry about the gun play and the game’s frame rate on consoles, but we’ll find out in due time how these elements stack up to the game’s crazy narrative structure. In Rockstar we trust!