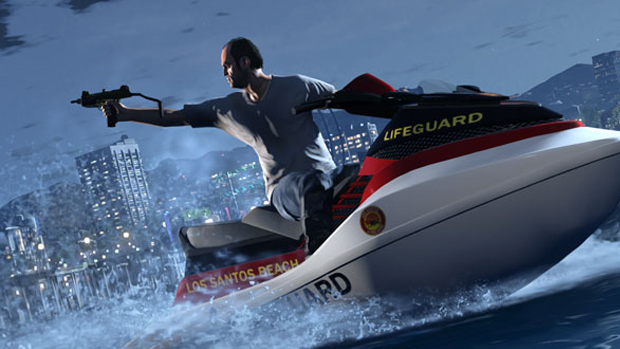 And one has a played out back story

A new Grand Theft Auto, a new retired gangster protagonist that is hard to sympathize with. GTAV will star a retired East Cost gangster who moves to Los Santos (GTA’s rendition of Lalaland), seeking a fresh start, according to UK magazine ShortList’s feature on the game.

This yet-to-be-named protagonist is — you guessed it — drawn back to the mob. Sure sounds like Rockstar is making one of those GTA games. There is no arguing that an ex-mob character makes a good fit for this series, but part of me was really hoping for something closer to Breaking Bad‘s Walter White. A good character with good intentions that makes some bad decisions and follows them with worse ones. Though, having an older, world-weary character could make for an interesting twist on a familiar formula, albeit one that may mirror Rockstar’s own Max Payne 3.

Speaking of sticking to its guns, Rockstar is recasting rapper The Game, possibly returning to his role as GTA: San Andreas character Mark “B-Dup” Wayne. Stay tuned as we drop details on the other two characters and all things GTAV, when we get our hands on the 18-page feature in this month’s Game Informer.