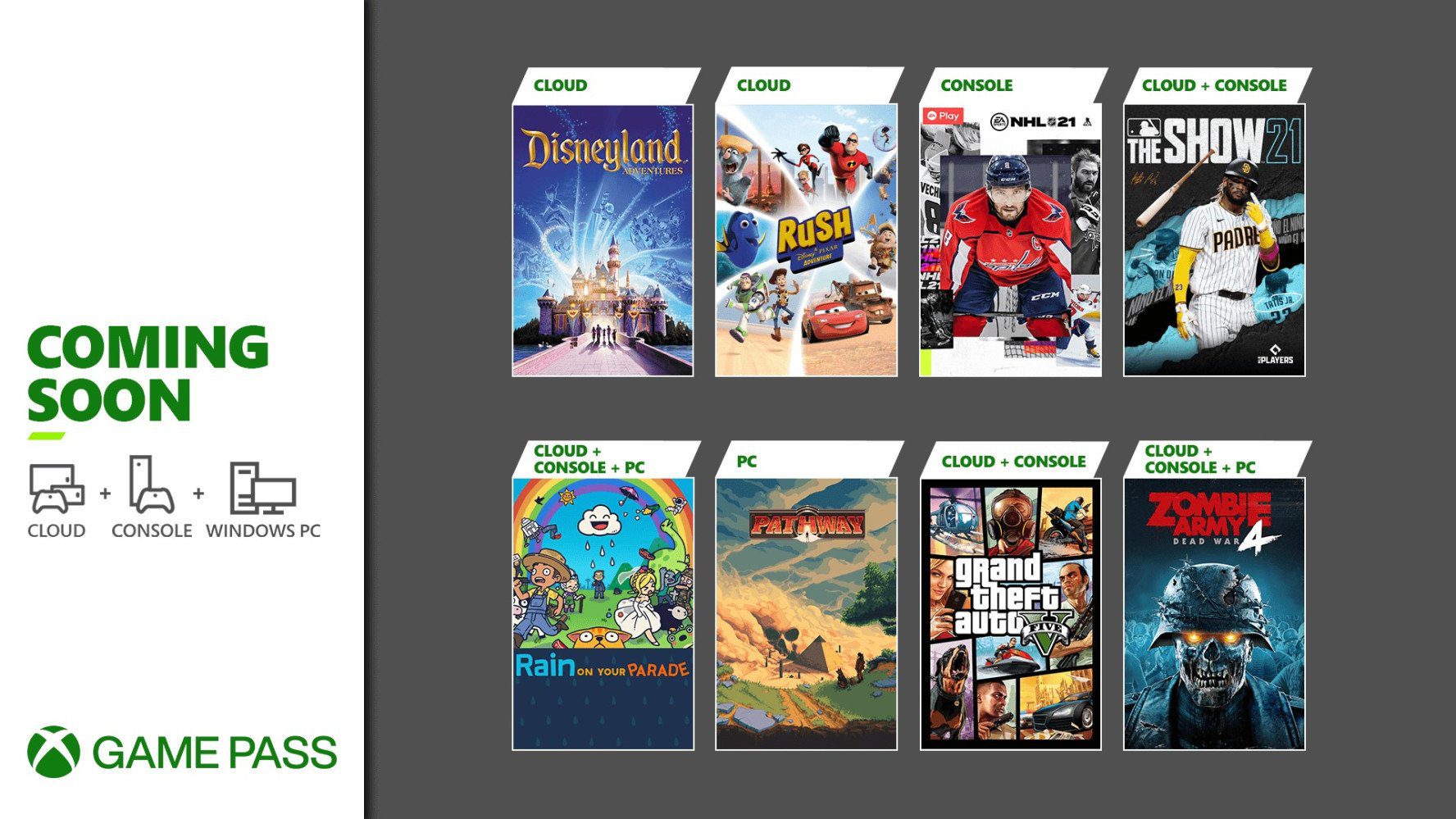 Big news today for Xbox Game Pass: it’s getting one of the biggest games in recent memory.

Yep! It’s none other than Grand Theft Auto V, which hits the Game Pass service on April 8, on mobile devices and consoles. Also on that same date you’ll find Disneyland Adventures, as well as Rush: A DisneyPixar Adventure, and Zombie Army 4.

It’s a good spread! I mean you have two ultraviolent games and two things for kids to play. And GTAV is kind of the perfect Game Pass game at this point, because it’s so old that anyone who really wanted it already bought it, and folks who were on the fence might get sucked in and pay for GTA Online goodies. It’s a win-win for Rockstar.

On April 12 NHL 21 is still arriving, with Rain on Your Parade and Pathway on April 15. Then there’s MLB The Show on April 20. You can find the full list of April offerings below.

Game Pass continues to be worth the price of entry.