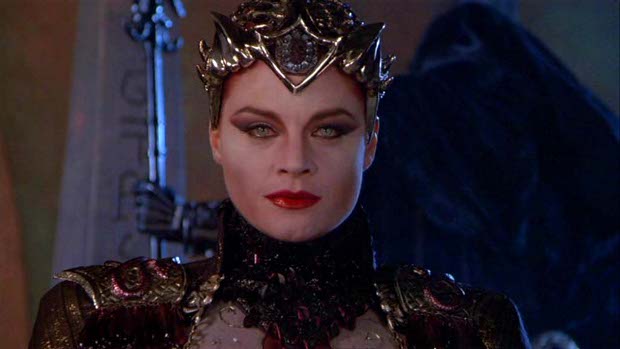 [Update: Encouraged by the rate at which the original goal of $6,000 was reached, Anita has extended the scope of the series to suit demand. Five more tropes have been referenced as research points, each warranting its own 10-20 minute video should the relevant funding target be met. These are the Voodoo Priestess/Tribal Sorceress, Women as Reward, Mrs. Male Character, “Ugly” Equals Evil, and the Man With Boobs tropes. I’m particularly curious to see how the third and last on that list will be differentiated.

Furthermore, if the project reaches the $15,000 mark within the remaining 27 days of fundraising, a mysterious sixteenth eleventh video will be announced that relates to… who knows! Considering that current pledges amount to $9,500 and the sixth and seventh videos have already received backing at the time of writing, I’m sure we’ll find out shortly.]

Behold, Feminist Frequency! You may have heard about its popular webseries Tropes vs Women; the name appears on conference indexes due to its keen insights. It examines popular culture by identifying trends in the portrayal of women, looking at different forms of media such as comics and advertising.

Now Anita Sarkeesian is looking to our fair hobby with a Kickstarter project that examines the tropes in gaming, schemed along the styling of last year’s fascinating video series. In the past, Feminist Frequency has scrutinized LEGO, The Hunger Games and the Smurfette Principle. As her critiques are always engaging, this project sounds exciting.

Given that it has already reached its funding with just one day having passed, it seems there are plenty who want these videos to soon be freely at hand. You can look forward to hearing in a few months’ time about the five ways women are commonly represented which Tropes vs. Women in Video Games will assess, including the Fighting F*cktoy and the Damsel in Distress. I, for one, can’t wait to give them a glance!