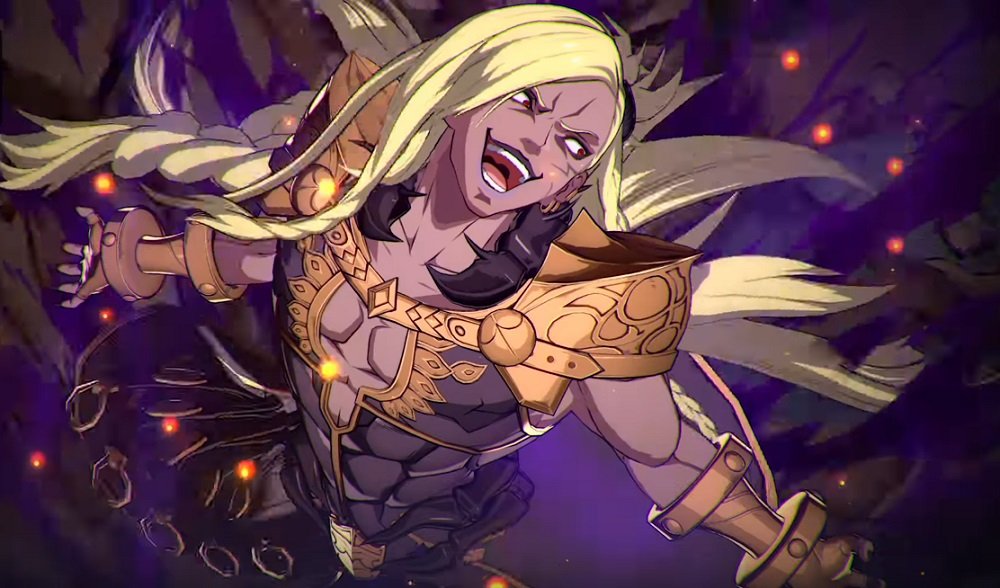 Granblue Fantasy: Versus might not be out on these shores just yet, but Arc System Works is all ready to drop the beautiful fighter’s first DLC character. The Chaos Bringer himself, Beelzebub, will be made available to purchase worldwide on March 3, which also happens to be GF:V‘s North American launch date.

Having spent thousands of years sealed away in Pandemonium for his invasive acts, Beelzebub is awakened by the fallen angel, Belial. Returning to his chaotic ways, Beelzebub immediately continues to his endless quest to become the one supreme being, supported by Avatar, the embodiment of destruction, and rocking some frankly fucking amazing hair.

Purchasing Beelzebub will unlock The Chaos Bringer himself, along with additional quests and in-game character icons and lobby avatars. However, it is important to note that Beelzebub can also be unlocked free-of-charge by simply completing the game’s RPG mode, so you’re probably best going down that route.

Granblue Fantasy: Versus launches in North America on PS4 March 3. Although the game is also coming to Europe in Q1 of 2020, no specific date has been announced.