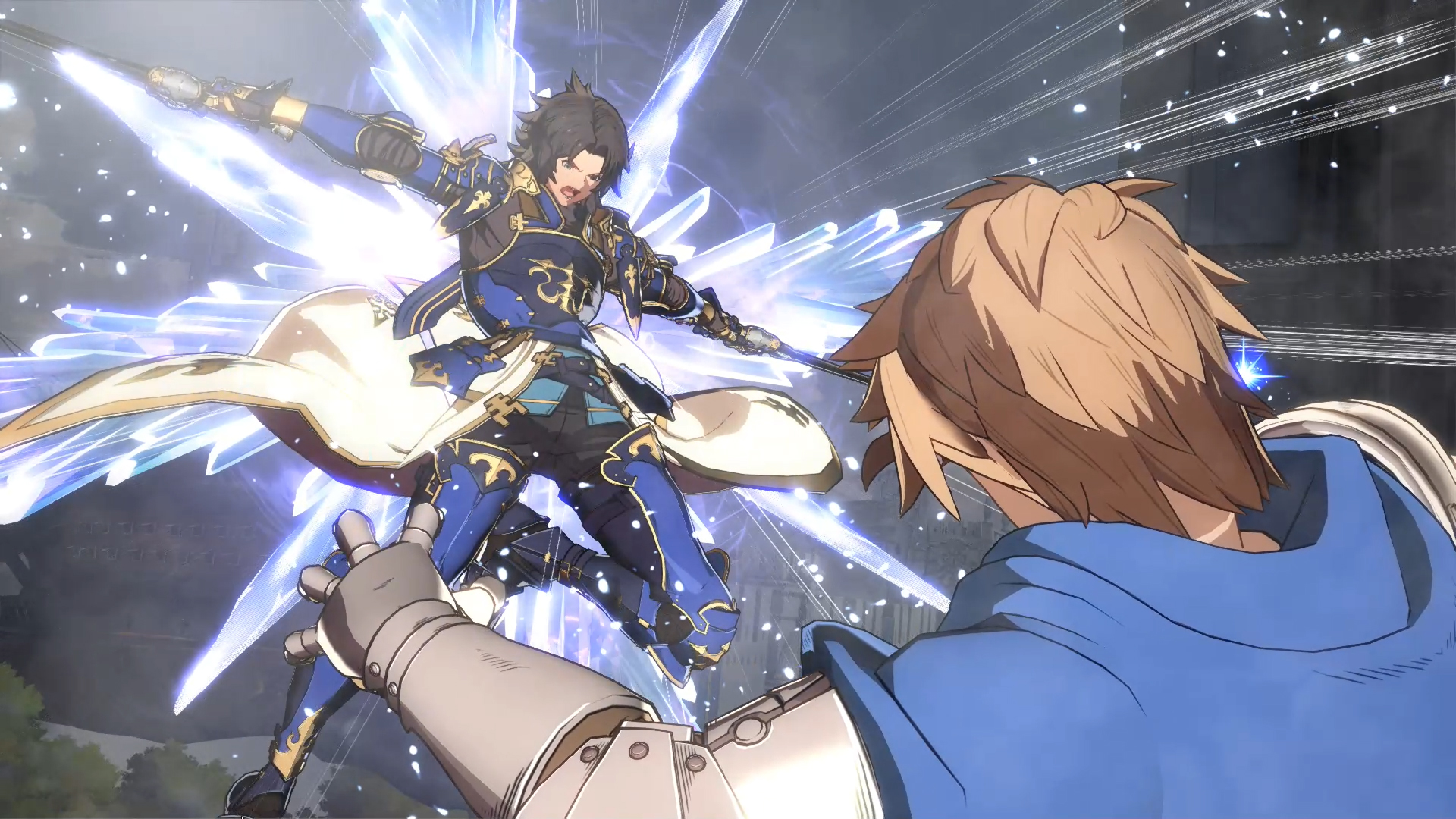 Granblue Fantasy is a franchise that’s just begging to be an international sensation. Developer Cygames has built it up to be one of the biggest mobile games in Japan, but outside of the country, it’s nary a blip on the radar. That’s going to change in the next few years with two massive projects. One, Granblue Fantasy: Relink, is a collaboration between Cygames and PlatinumGames, the latter of which ended its work on the title back in February. Relink was a no-show at E3 this year, but is still planned to launch on PlayStation 4.

The other game is Granblue Fantasy: Versus, a collaboration between Cygames and Dragon Ball FighterZ developer Arc System Works. You might have already played it during a beta that was held at the end of May/beginning of June. I was able to take it for a spin at E3 last week and found a fighter that melded well with my questionable fighting game skills.

Fighting games come in all shapes and sizes and, for me, the genre is at its best when players of all different skill levels can join in the fun without memorizing a myriad of methods for combos and special moves. I’m not Chris Moyse. I can’t rattle off a chain of button inputs from memory on the fly, which he absolutely did when I sent him a picture of an Arcade1Up Mortal Kombat cabinet during the convention. Not enough of my brain is reserved for fighting game formulas, which is why I greatly appreciate titles like Tatsunoko vs. Capcom, Blade Strangers, and Granblue Fantasy: Versus.

The E3 demo only had a small sampling of characters to choose from. The recently announced Ladiva was not one of them. Gran, Lancelot, Catalina, Ferry, and Charlotta were playable and the five of them made for a great sampling as they showed off the range of fighters we’ll see in the final product. For instance, Ferry is a ranged character specializing at keeping her opponents at a distance while the diminutive Charlotta is more of an up-close fighter. Playing as Ferry was odd at first because I’ve never really attempted ranged characters to my knowledge, but as I picked up on how her special moves work I realized the potential of using a fighter like that.

What made her moves, as well as the special moves of others, so easy to learn is Versus‘ simplified input commands. Holding R1 and pressing a direction on the D-pad will pull off a special move. For anyone like me who likes to screw around with every character in a fighting game without getting too invested in any of them, this is something that will keep me playing far longer than most other titles in the genre. This skills button allowed me to pull off some pretty fun combos in my fight with the Xseed employee, which put a smile on my face even if I knew he was letting me win.

Every special move comes with its own cooldown that is visible to both players. If you use the shortcut, the cooldown will be a standard length. However, if you really get into the characters and learn the actual inputs for their moves, the cooldown will be shortened. It’s a wonderful system that rewards players who wish to take their skills further.

With only three basic attack buttons (light, medium, heavy) pulling off combos doesn’t take much effort and button-mashers may feel like fighting-game gods with how easily they are able to pull off visually impressive moves. For players who dedicate themselves to the systems of the game, Versus includes an alternative block button they can use to negate the frantic attacks of players just blindly pressing away. Holding back on the control pad works for a standard block, but if you press the block button, you can actually side-step your opponent, creating an opening for your own devastating combo. I wasn’t able to pull it off all that well in my E3 demo, but I imagine YouTube will be filled with videos of amazing side-step counters not long after this game hits the market.

Granblue Fantasy: Versus will release for PlayStation 4 in 2019 in Japan. Xseed is handling publishing duties in North America and a release date has not yet been set. I asked the Xseed representative who played against me if the game will come to any other platforms. He replied that right now, Xseed is only focused on releasing the game for PS4.