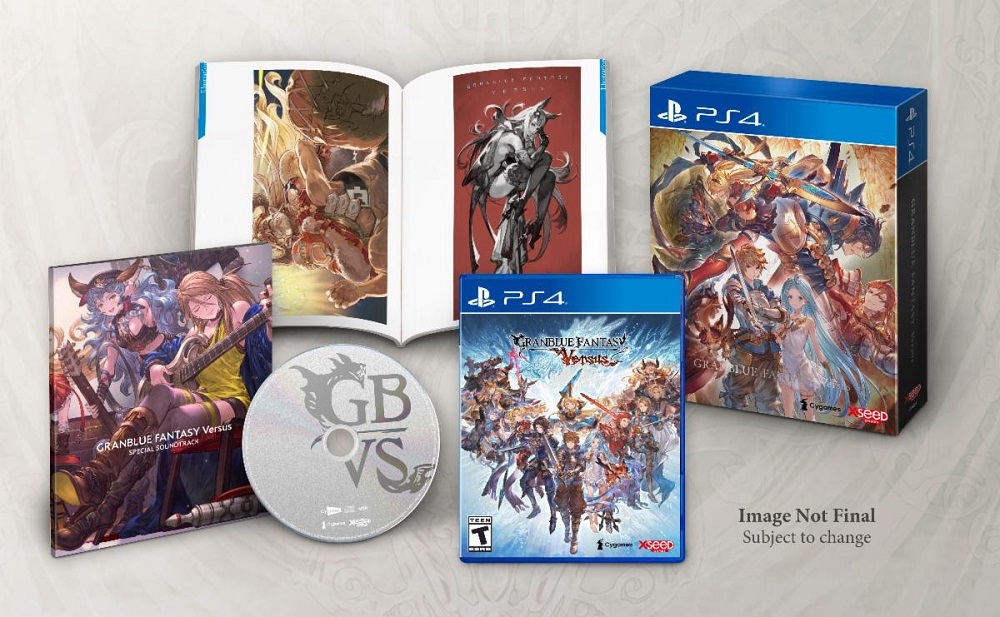 Confuse yourself with tiring checklist

Attractive anime fighting game Granblue Fantasy: Versus will be arriving in the west early next. As announced by publishers Xseed Games and Marvelous Europe, the hand-to-hand spin-off of the Granblue Fantasy RPG series will hit North American and European shores in the first quarter of 2020, relatively close to its February release in Japan.

Not only that, but Versus will be available in numerous different physical releases, heralding the return of that most obnoxious of marketing tools: the Special Edition Checklist. The Premium Edition includes a physical copy of the game, redemption keys for bonus items in the original Granblue Fantasy RPG, a soundtrack CD, art book, a PS4 theme, and a customisable Color Pack DLC. This set is expected to retail for around $80/£60.

The digital Character Pass Set includes a digital copy of Granblue Fantasy: Versus, all of the extras from the Premium Edition, and the Character Pass DLC, which includes five new characters to be revealed at a later date. This set will launch exclusively on the PlayStation Store, again for around $80.

Still with me? For those willing to spend a little more, the Digital Deluxe edition includes all contents of the Character Pass Set, plus a digital soundtrack, digital art book, and Premium Edition’s artwork as a PS4 theme. This edition will be launch exclusively on the PlayStation Store for around $100.

Of course, if you just want the game itself, then Granblue Fantasy: Versus will be able to purchase in digital and physical form from all of the usual outlets. This standard edition will still bag you the in-game items for Granblue Fantasy.

In related news, you can check out a new video of the game in action in the tweet below.