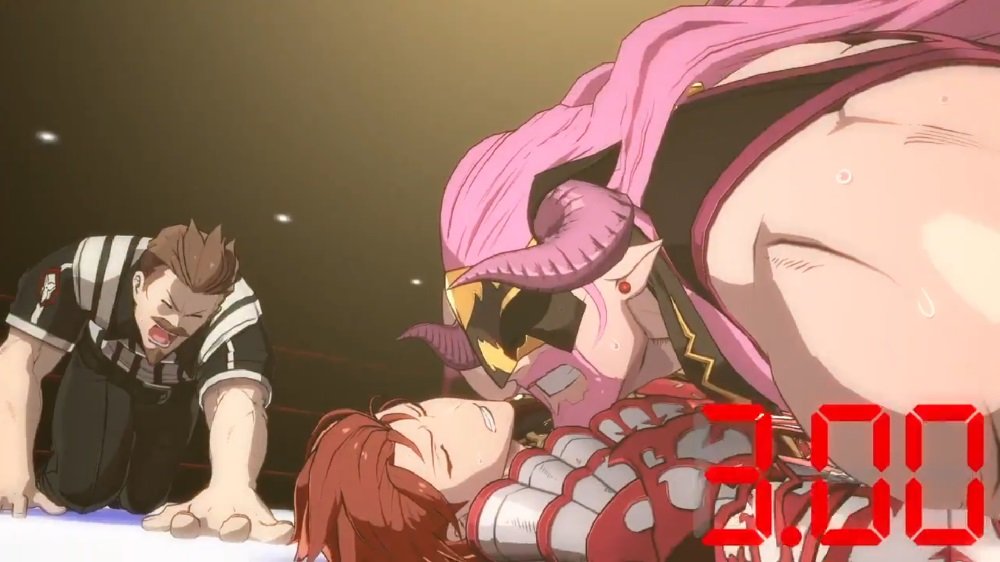 Publisher Cygames released its luscious-looking Granblue: Fantasy Versus in Japan this week, and the spin-off fighter has had a ring-rocking start, having sold over 150,000 copies in its first two days of release. This number beats out the Japanese launch figures for heavyweights Street Fighter V, Tekken 7, and even Dragon Ball FighterZ.

While it would be quite easy to point to the new fighters’ gorgeous visuals, dynamic roster of characters, and the crossover appeal from other titles in the popular Granblue Fantasy franchise, I’m going put it out there that the success is entirely down to the greatest fighting game Super Move of all-time, Ladiva’s “The Shape of Love,” which sees the powerhouse wrestler showcase her amazing in-ring abilities, with the assistance of a convenient referee. It even has an alternate ending for a match win!

You can check it out in the video below, courtesy of fighting game player @Jonster.

Granblue Fantasy: Versus is available in Japan on PS4, and arrives in North America on March 3, with a European release expected soon thereafter.

Holy hell, this might be my favourite super ever #PS4share pic.twitter.com/vtGTb8sY9W