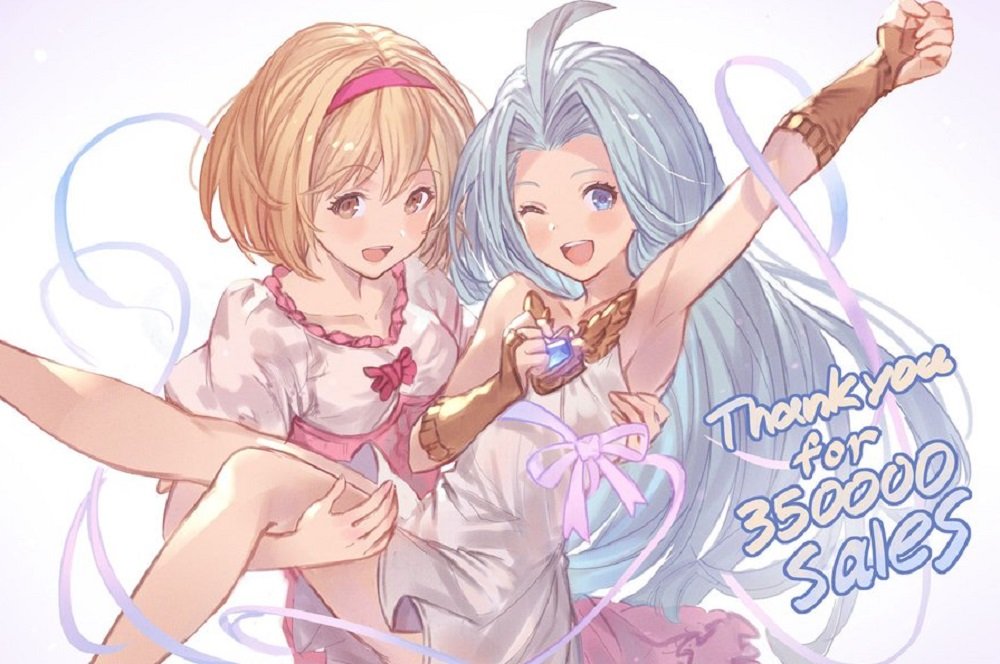 Thanks fans for ongoing support

Publisher CyGames has proudly announced that its delightful-looking fighting title Granblue Fantasy: Versus has passed 350,000 shipments and digital sales worldwide, getting the anime battler off to a comfortable start during its staggered release period.

CyGames made the announcement on Twitter with a short message thanking the fans, accompanied by some cute artwork of Granblue Fantasy stars Djeeta and Lyria. Granblue Fantasy: Versus first launched on PS4 in Japan, before arriving in North America and Europe in March. A PC port was also released at this time.

Granblue Fantasy: Versus will release the last of its initial DLC characters, Zooey, on April 28. Zooey will be followed by a free story expansion this summer, before the fighter launches its second season pass of characters sometime this fall. The first new arrival from this second run is expected to be fallen angel Belial.