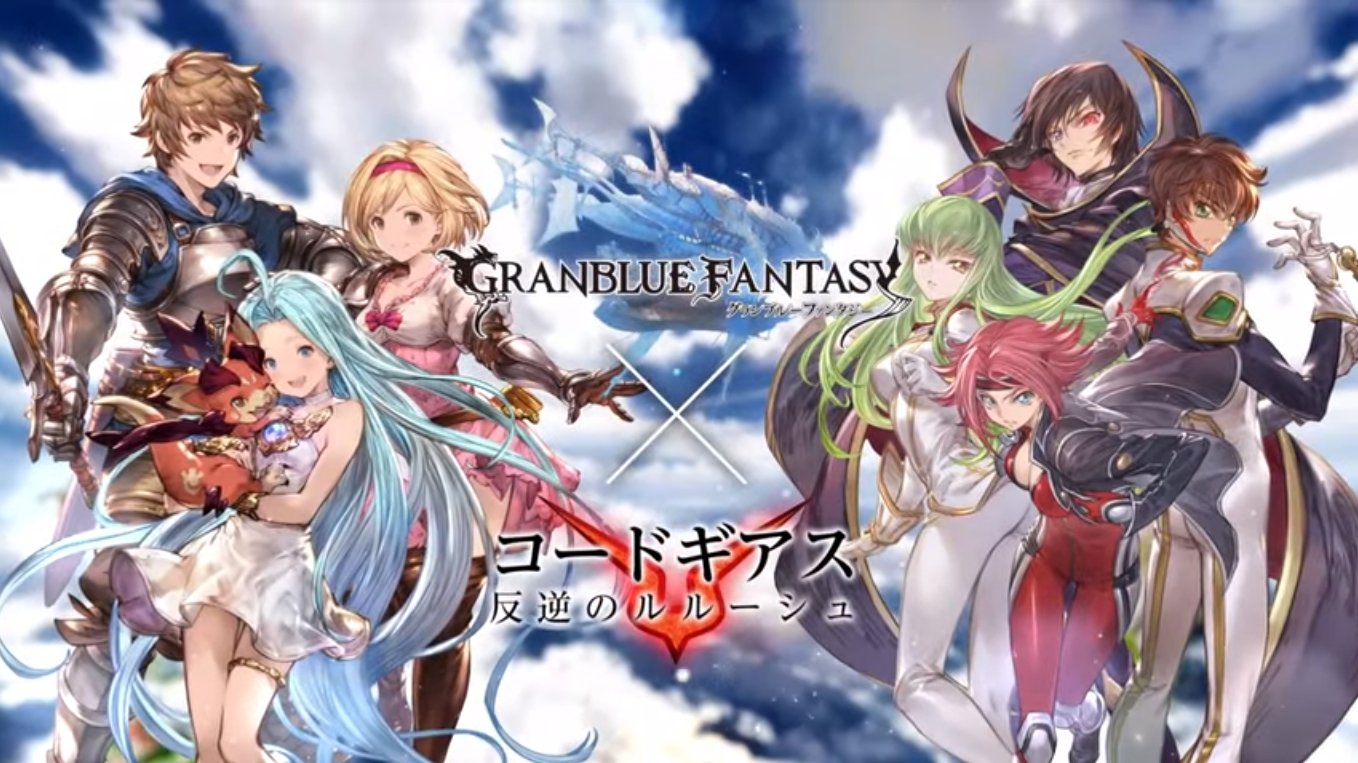 Granblue Fantasy Versus might be grabbing the headlines as the hot new anime fighter, but the game it’s based on isn’t about to give up all the attention, and its newest targets are otaku with nostalgia for the halycon days of 2008 and thereabouts.

Cygames’ mobile moneymaker has just kicked off a crossover event between none other than Code Geass, the landmark Sunrise anime series, which recently staged a comeback via a series of feature adaptations and a quasi-sequel Code Geass: Lelouch of the Re;ssurection. The event, which started today, features an original story stemming off the 20th episode of the original series, and starring principal characters Lelouch, C.C., Kallen, and Suzaku, piloting their respective “Knightmare Frame” mecha through the fantasy sky-world of Granblue Fantasy.

Weird crossovers are, of course, the order of the day for many gacha games, but Granblue is particularly prolific, featuring crossovers with practically anything: Other games (Persona 5), kid-oriented shows like Detective Conan and Precure. Heck, Granblue‘s skybound universe is one of the few places where warring tribes of idol anime fandom can sit down for peace talks as they grind.

The event runs from today through June 26th. If you’re not up to joining, you can watch a convenient showcase of most of the game’s playable crossover characters (as of late 2018) below.