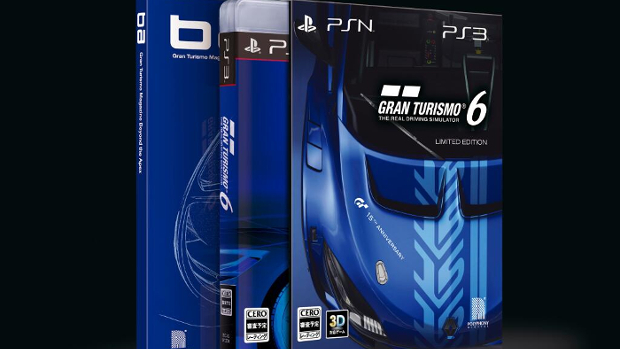 Vroom vroom. That’s the sound that cars make, more or less, when they’re not being covered up with butt rock, like the Gran Turismo 6 gamescom trailer that Sony showed again during their mysterious Japanese press conference. In that trailers defense, the first half is rad and full of swelling opera.

Sony is releasing a Gran Turismo 6 15th Anniversary PS3 “Starter Pack.” The new bundle, which will have “limited availability,” will come with a 250 GB PS3, Gran Turismo 6, and a special Gran Turismo-related booklet.