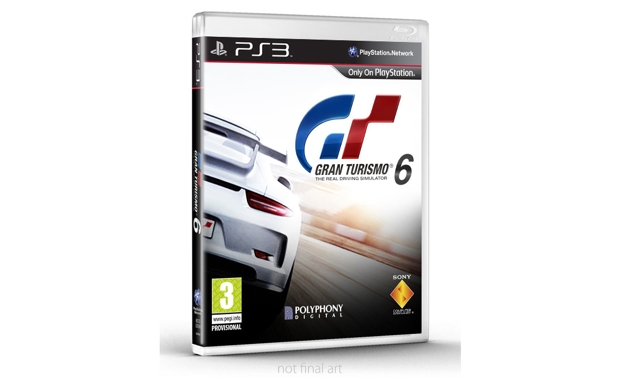 Look at all of these rumors…

I shrugged off the first rumors of Gran Turismo 6 earlier this year. I am still mostly in that mindset, though I feel obligated to point out some of the recent rumblings now.

Popular webstore Newegg.com had a listing for Gran Turismo 6 last week. It’s still up, but has been stripped of some information. It originally showed a November release date and a $59.99 price. It was listed as a PS3 game which had me wanting to believe it’s not true, as I really want a PS4 Gran Turismo game.

Today, Italian game store Multiplayer has a similar listing, but this one comes with a brand new box shot. It also lists the game as a PS3 release, with the same November 28 release date.

The art shown above, which is the latest version shown on the Multiplayer site, is actually different from what they were displaying earlier this morning. Are they screwing with us? Or is GT6 really on the way?

E3 is next month, so expect to hear something there. I’m hoping for a PS3/PS4 co-release.