Just a few weeks ago, we were picking over Gran Turismo 6 rumors, and now here we are with our very first preview. I was surprised to walk into a hands-on opportunity just one day after the title was officially announced. Surprised and pleased.

It may not have been the PlayStation 4 launch game I was hoping for, but it’s never really a bad time for more Gran Turismo.

I took a few cars out in Time Attack mode on the Silverstone Circuit, which is the very same location where the game was announced just a day before. I started out with the beautifully rendered Tesla Model S, but I have to say that it was a bit of a bummer for a first spin around the track. As a racing game fan, I like my cars to move a bit faster and sound a bit beefier. Nothing against Tesla, mind you — I’d absolutely love to own a real Model S.

Hopping into an Audi Quattro Group B S1 was more exciting. I couldn’t put my finger on it just yet, but I could feel a difference over my time with Gran Turismo 5. It didn’t take too long before I was in the zone, shaving my times down a few seconds more with each lap. I felt connected.

U.S.-based producer Taku Imasaki was watching me play, which made me feel a bit embarrassed about how poorly I took a particular corner. I told him that despite my poor cornering in that one instance, I thought the game felt great. As he explained, the physics engine is completely new over Gran Turismo 5. The way weight shifts into turns and stops was one of the key focuses of their improvements, and I could definitely feel that the entire engine had been pumped up with new data. Imasaki told me that a lot of work has gone into suspension in particular. 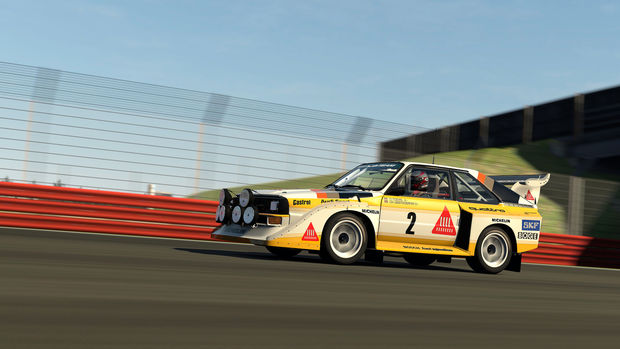 We talked about how it felt like cars might roll more easily with this new physics engine. Imasaki laughed and said that he was telling Polyphony Digital boss Kazunori Yamauchi that he should “turn that down a bit.”

Speaking of Yamauchi, the last car I tried in Gran Turismo 6, the Nissan GT-R NISMO GT3 N24, is the exact car that the Polyphony Digital president raced in an event this past weekend. Though I’m sure I had the best times of anyone attending Sony’s press event, I bet that Yamauchi fared better in the real deal. 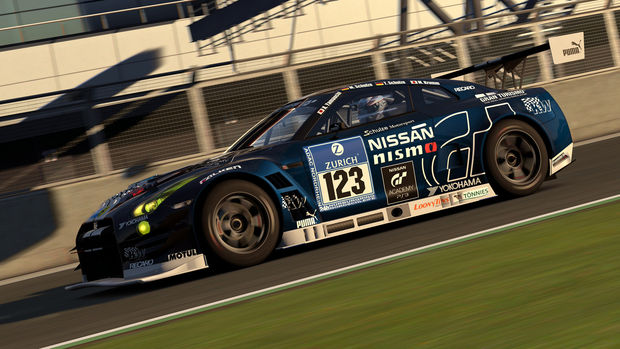 Though my inner racing fan knows that feel is more important than looks, my eyes combed the action from top to bottom on first sight to notice some visual differences between this and its predecessor. I couldn’t help it! As you could have guessed, there’s not a lot in the way of visual differences for gameplay, but in the menus and interface, much has changed. Gone is the mess of variously sized menu tiles from Gran Turismo 5, replaced by evenly spaced squares, used for everything from track and car selections to options. It’s nice, quick, and much cleaner looking.

Speaking of quick, Imasaki told me that they’ve worked hard to bring down load times. Everything from loading tracks to online play has been optimized to reduce waiting. I explained that I never thought much about load times, but he said that those who play online more often would definitely appreciate the changes. 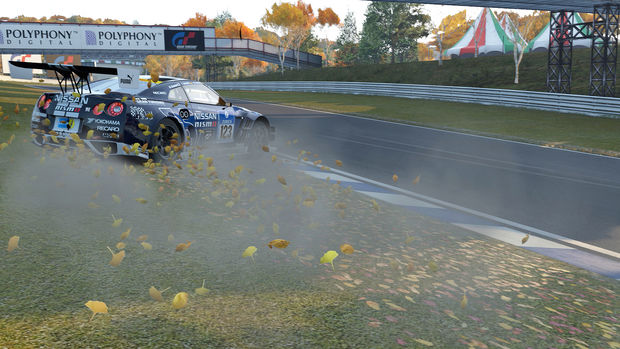 We talked about their choice to release Gran Turismo 6 on the PS3 instead of the PS4. Imasaki pointed out that the first two games were on the PlayStation 1, and that Gran Turismo 3 and 4 followed on the PS2. So they’re continuing with their tradition of releasing two Gran Turismo games to support each system. He says that there are a lot of fans out there with PS3 systems already, so this makes it easy to get another game out to them.

I stated that there’s nothing stopping Polyphony Digital from giving us a version of GT6 later on PS4. Imasaki smiled: “Sure.”

It feels like they’re still sitting on a lot of information about Gran Turismo 6, as Imasaki hinted at a lot of neat partnerships with car makers and teased big changes in online and social features. Stay tuned for more!