While it hasn’t quite reached Duke Nukem Forever status, Polyphony Digital’s full-fledged Gran Turismo follow-up for PlayStation 3 is a long-time coming. But according to SCEA Associate Producer Chris Hinojosa-Miranda, the wait is nearly over.

During a short demo presentation of Gran Turismo 5 earlier this week, Hinojosa-Miranda re-confirmed the March 2010 release for for Japan. Without getting too specific, he then revealed that Sony was eying a vague “Summer 2010” release, which hopefully means we’ll see it before leaves start falling off trees next year.

Interestingly, Hinojosa-Miranda had mentioned to me that he was traveling the U.S. in the coming week to photograph cars for Polyphony’s reference material. With nearly 1,000 cars in the game, it’s not that big of a stretch to think that they may still be working to flesh out the game’s roster. And while he wouldn’t confirm how far along they were towards completing Gran Turismo 5 development, he did say this work wasn’t necessarily for the current game.

“It’s not for Gran Turismo 5 or a DLC release,” he said, clarifying that it’s constantly building on its reference material archives. After years of development and multiple Gran Turismo titles, how else do you think it’s filling those garages but with non-stop research? 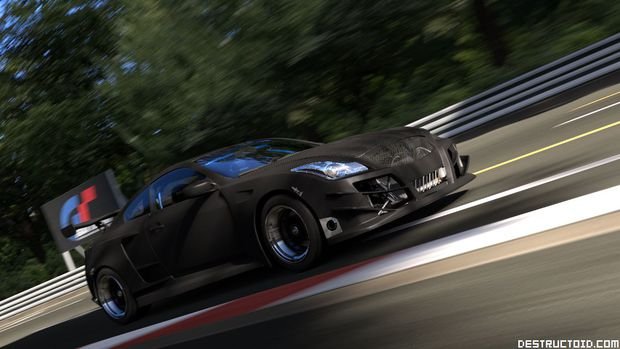 On the subject of DLC for the title, he said it was something it was considering, but had nothing to announce at this time.

When asked if there would be any difference between the Japanese version set for release in March and the North American version many months later, he was also non-committal, saying simply they hadn’t yet revealed the full feature list. Details, he told me, would be coming soon.

Those looking to get their hands on Gran Turismo 5 won’t have to wait until next year — a demo for the game hits PlayStation Network next week.