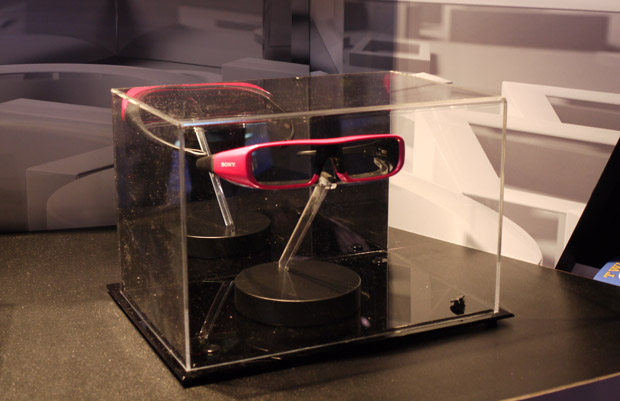 I played a bit of the 3D version of Gran Turismo 5 at CES last week. If you asked me what was the best gaming example of 3D gaming at the show, I would have definitely picked Gran Turismo 5. It did nothing to the game play, but it did look really cool. There was a definite increased depth and sense of speed. The in-car view was very impressive. Honestly, I could have passed on most of the other 3D gaming examples I saw. I’m game for GT5, though. And Sony’s 3D glasses (see above) actually look kind of cool, if that helps any.

The folks at Motor Trend were told that Sony is working on a 3D version of the game, which they hope to launch around the same time their 3D television lines launch. At CES, we were told that we could expect to see Sony’s 3D sets and glasses hitting shelves later this year. Let’s hope Polyphony Digital can make this target. You know how they are, though.