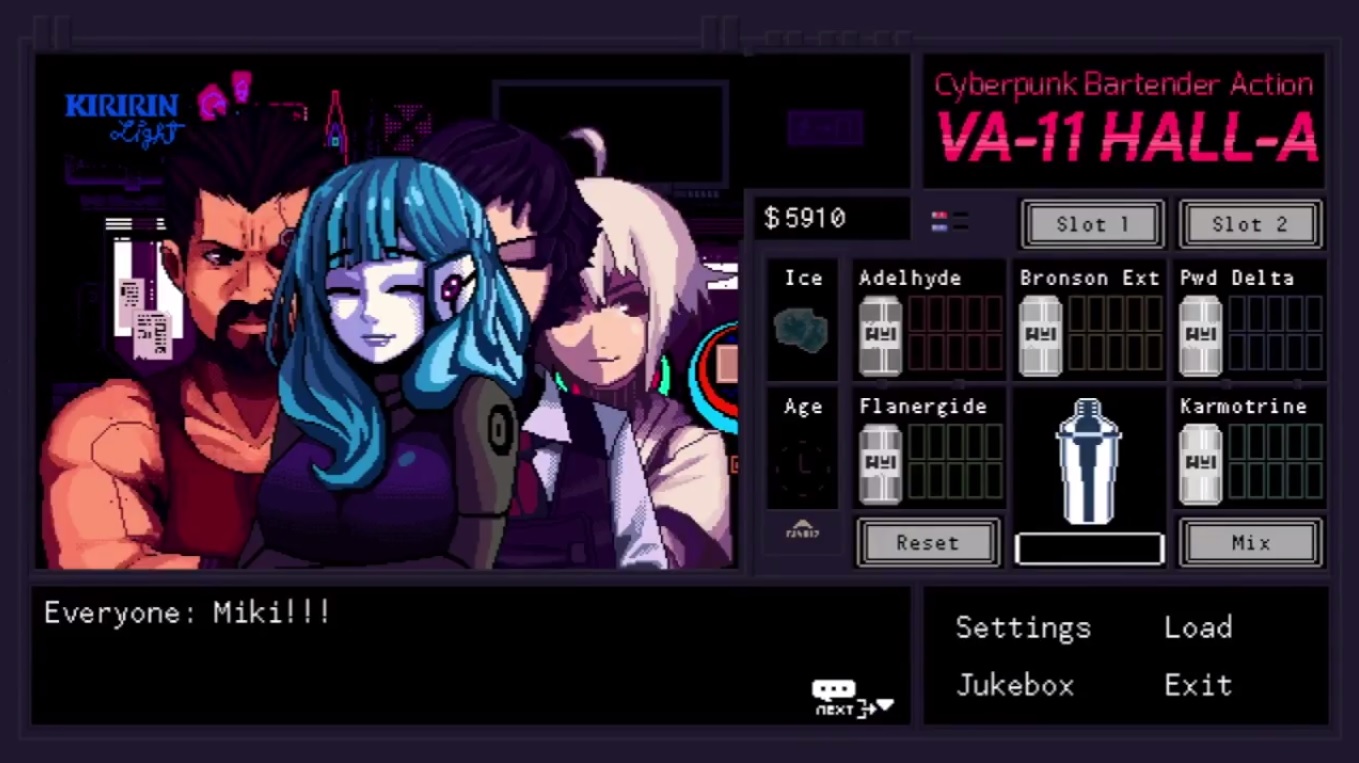 *Kira* Miki would be proud

Ever since I laid my eyes on VA-11 HALL-A, I fell in love with its bartending elements and characters. This wonderful relationship resulted in it becoming one of my favorite games of 2016. As a person who jams out to its soundtrack, I was surprised to hear about its unused vocal version of “Your Love is a Drug.”

YouTube Vocal Cover Singer SabrinaValenzuela worked on the song in 2015 when Michael Kelly wanted her to sing and create lyrics for the original tune. In the end, the game’s composer went with the track’s instrumental version.

While we missed out on seeing this tune in the final product, it’s nice that Kelly was cool with Valenzuela uploading her vocal cover on her channel. Since the two of them made a great combo, I’d be down with seeing them work together again. Until then, I’m happy about having a new way to enjoy one of VA-11 HALL-A’s amazing tracks.