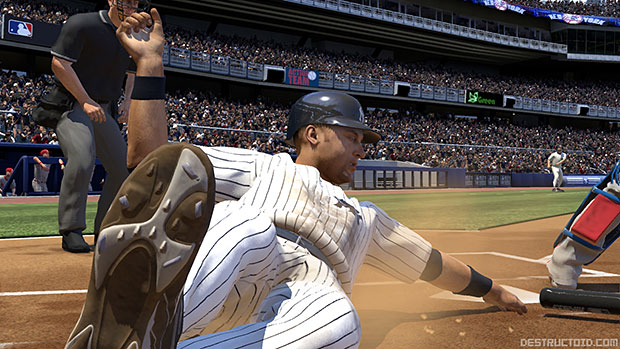 GameTrailers TV sure has a lot of awesome stuff in store for viewers tonight — and what’s great is that there’s something for everybody in the episode that will be airing on Spike at 12:30 AM ET/PT. First up is a visit to Ubisoft Montreal, where the GTTV crew takes a look at Splinter Cell: Conviction, which will be out on April 13th. You’ll see new footage of the game and hear about a competitive multiplayer mode, Deniable Ops, as well as some co-op characters.

After that is the main attraction: a brand-new trailer for God of War III, whose release is less than five weeks away. According to Sony’s Jeff Rubenstein, the footage on GTTV tonight is even more mind-blowing than the jaw-dropping Titan gameplay Nick saw back in December, so you’ll definitely want to check it out.

Finally, if you’re a sports fan like me, GTTV has you covered, too. Amanda MacKay talks to Minnesota Twins catcher Joe Mauer (the MLB 10 The Show cover athlete), as well as Sony’s Kevin Butler, who was most recently seen as the company’s VP of First Person Shooter Relations. Don’t worry if you don’t have cable: clips from the show will be up on GameTrailers.com shortly after the episode airs on the West Coast.