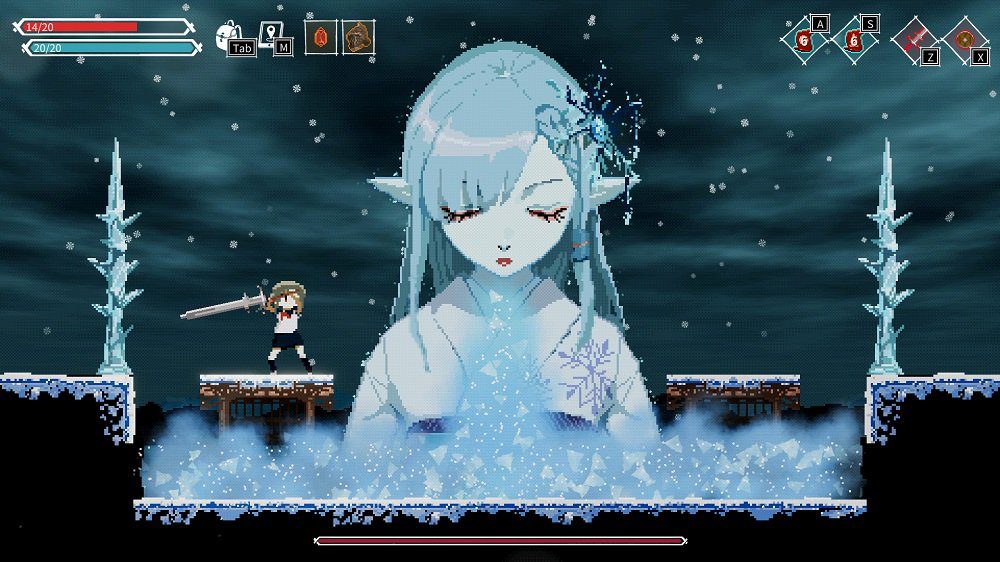 Dangen Entertainment, in association with developer Altari Games has announced that its crowdfunded anime horror adventure, Lost Ruins, will launch on PC May 13. The studios have released a brand new trailer showing the pixelated monster-masher in action.

In Lost Ruins, a schoolgirl awakens in a grungy dungeon packed to the rafters with an army of supernatural horrors. Out of her depth, and guided by a mysterious magical being known as Beatrice, our young hero must battle her way through the miserable environment, laying waste to the undead with the help of an arsenal of ranged and close-quarters medieval weaponry.

In addition to this bevy of hefty skull-crushers, a wide variety of accessories, outfits, and spells will help boost our lady’s abilities as they progress deeper and deeper into the dungeon. Elemental spells, looted equipment, and even the environment itself can be used to help defeat some of the tougher enemies and turn the tide of battle when the odds are severely against our vulnerable hero.

As you can see from the video above, combat in Lost Ruins is particularly methodical, with each weapon having intricate and deliberate animations. Despite the pixelated, 2D visuals, this specifically paced combat seems – dare I say it? – Souls-like. We also get to see some impressive, big-screened boss characters and some stylish visual effects. So while, at first glance, Lost Ruins seems a standard, retro-styled platformer, closer inspection unveils a deeper, more challenging, and more strategic action-adventure than first meets the eye.

It also has a spider-lady, so I’m sold.