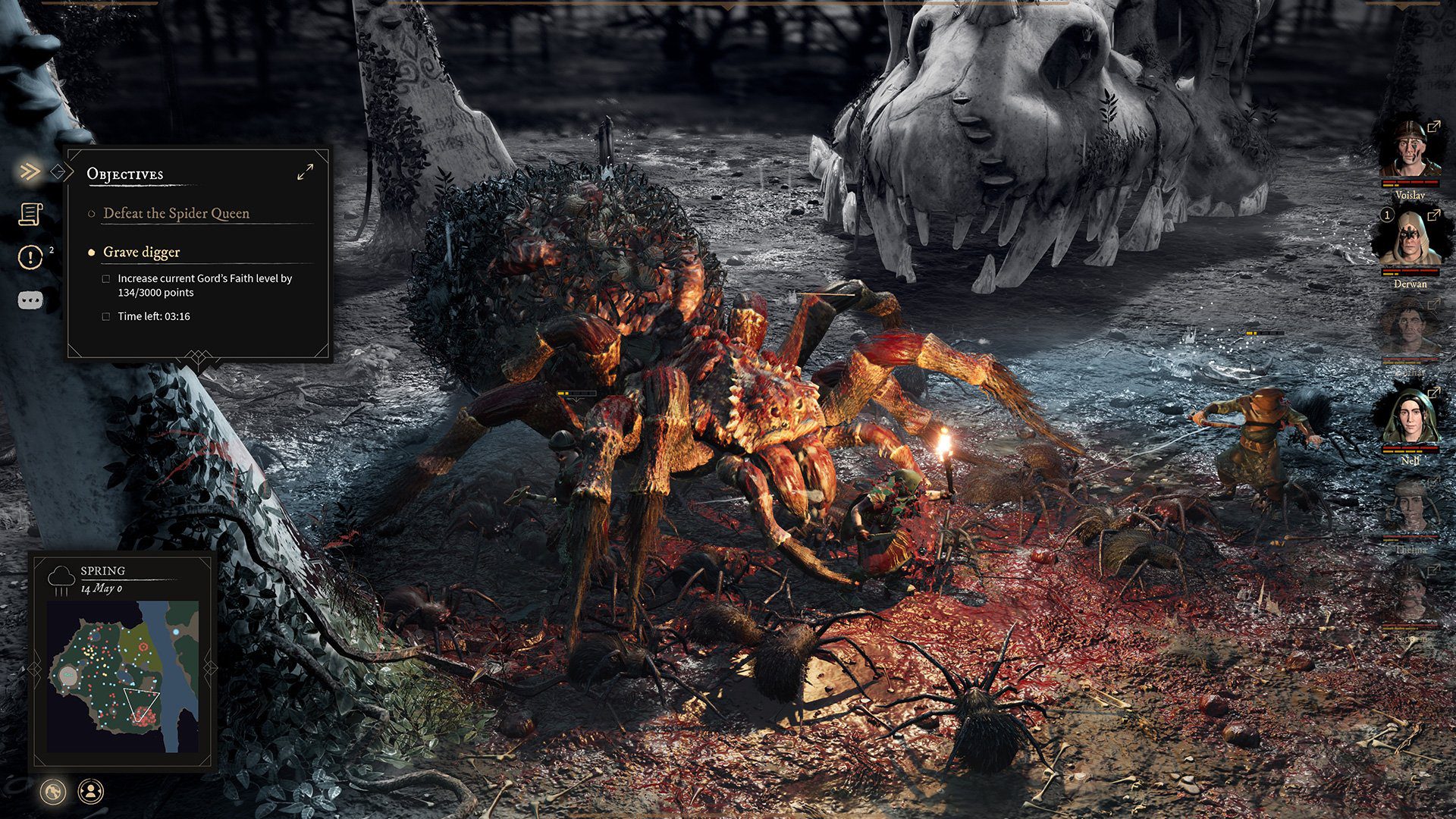 Even though my town is quickly going to deteriorate and my tribe probably won’t survive, I’m down to try my luck

We’re never going to run out of city-builders and management games, but what about something like Gord? It immediately stands out with its roots in Slavic folklore, a survival-oriented premise, and the ability to head out on quests. This isn’t a game to peacefully chill out with, that’s for dang sure.

As your settlement grows, you’ll have to tangle with threats on multiple fronts: other tribes, freaky beasts, hunger and illness, crumbling sanity, and even monstrous gods, who can grant your people incantations. (I’m willing to do potentially unspeakable acts to earn powerful spells.) Taken as a whole, Gord seems like it’ll be in a similar headspace as games like Frostpunk, RimWorld, and Darkest Dungeon.

About those quests — Gord uses an “AI-driven” system, according to Covenant.dev. “Main objectives will guide your gameplay, while versatile side quests and random encounters will send you off into the wilderness to hunt down a legendary creature or fight off a nasty scourge that has infected the region.”

I also like the sound of custom scenarios in which “almost anything can be adjusted.” That sentiment stems from a keeping-things-fresh-over-time perspective, and also the desire to eventually win with the annoying stuff scaled back; Don’t Starve comes to mind. In Gord, we’ll be able to change elements like “the level size, the intensity of raids, the environment you’ll play in, the types of enemies you’ll face, starting resources, and even the severity of weather. Of course, don’t forget the Horrors.”

The studio, founded by CD Projekt Red and 11 bit studios producer Stan Just, is expecting a 2022 PC launch for Gord on Steam. We’ll be keeping tabs, for sure. There’s a lot to like just in this first showing.

Go ahead and wishlist the game on Steam as needed (or just wishlist it in your heart).