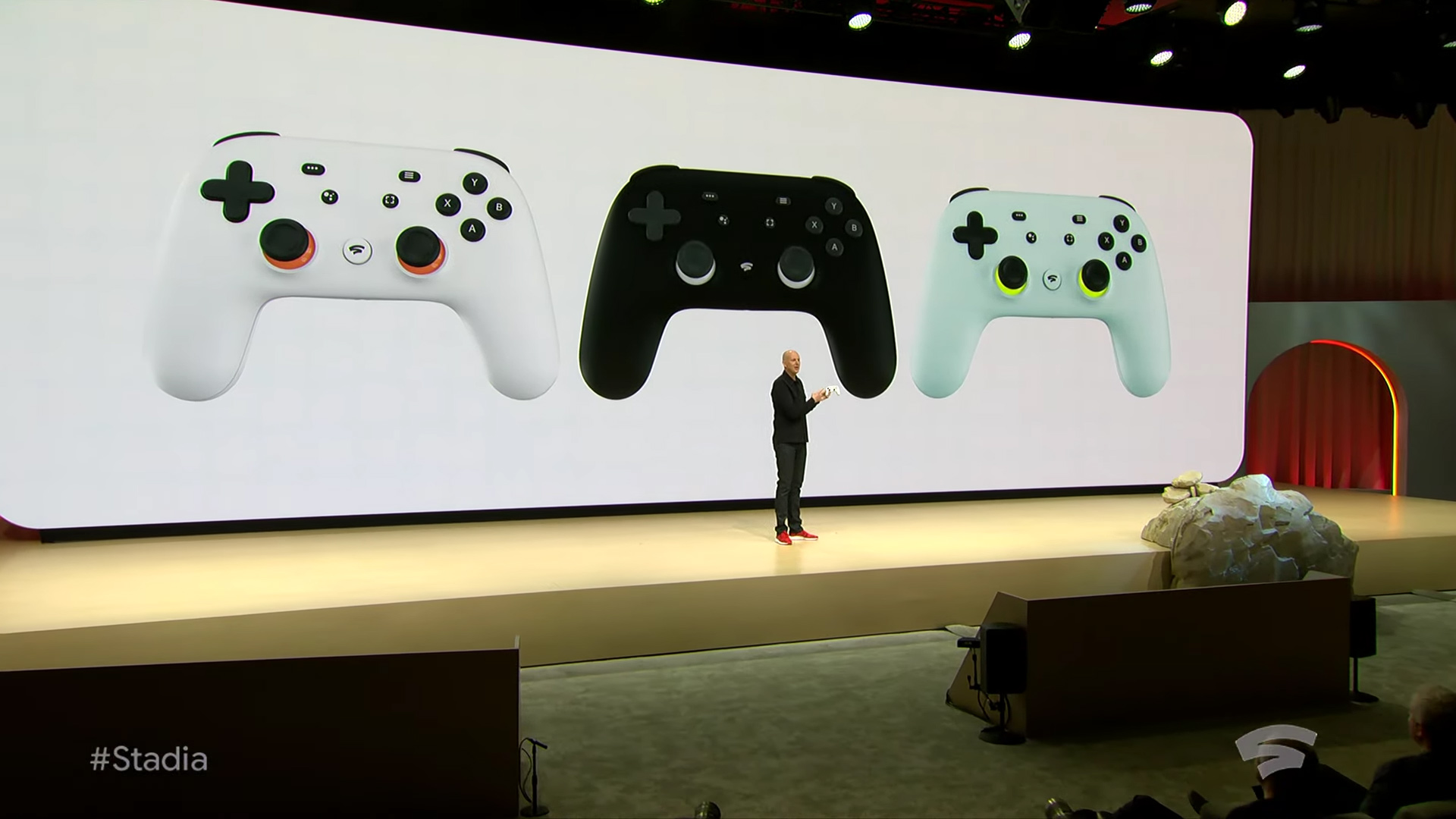 ‘A game platform for everyone’

Last year, Google and Ubisoft teamed up for Project Stream — an experiment in streaming Assassin’s Creed Odyssey through Chrome browsers. Many predicted this was a glimpse into the future for Google gaming. They were right.

Today, at the Game Developers Conference in San Francisco, Google revealed Stadia. It’s a new streaming service that turns Google’s data centers into the platform. There’s no external hardware required. High-fidelity triple-A video games can be played on desktops, laptops, televisions, tablets, and phones. No matter how weak your hardware may be, Google boasts that it’ll still be capable of streaming at 1080p and 60 frames per second. It’ll launch later this year in the US, Canada, United Kingdom, and most of Europe.

Google says its ultimate ambition is to combine the worlds of playing games and watching games, to make that a more seamless experience. With Stadia, players can watch a video on YouTube (the example used was viewing a trailer for Assassin’s Creed Odyssey), click a “play” button, and be taken into the game as quickly as five seconds. There are no downloads or patches to install. It just starts instantaneously streaming the game.

True to its “no new hardware” mindset, Stadia will work with all existing USB controllers, and mouse and keyboard setups. However, Google also revealed its own controller. This looks like something of a spin on a PS4 controller, but it has a few of its own advantages. A capture button quickly shares the game session to YouTube. There’s also a Google Assistant button that accesses an internal microphone so players can get help with game features that have been integrated by developers. Most impressive, it automatically connects via WiFi to whatever game is playing on Stadia within the network.

As if Google hasn’t already proven it’s serious about Stadia, it’s opening a first-party studio to develop games for this new streaming platform. We learned last week that Jade Raymond recently moved to Google. She’s assuming the role of head of Stadia Games and Entertainment.

Of course, Stadia raises its own questions. With data caps becoming more and more prevalent, how will the average consumer be able to sacrifice the data required to stream hours of games at high definition quality? Will games that are purchased through Google be playable offline in any form? They’re important questions but it’s not the focus of this presentation. For now, Google is showing off Stadia which seems to be an incredible technological breakthrough. It’s the sort of thing that GDC is meant to celebrate.