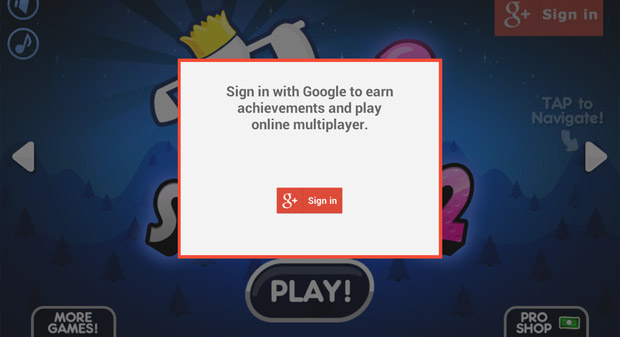 This week at Google I/O, the company announced Google Play game services, a collection of game-centric services for Android, iOS, and web platforms. Players running on the former platform in particular should be happy to hear about what this software development kit entails.

The new service leverages Google+ for leaderboards and also includes expected features like an achievement system, cloud saving, and real-time matchmaking. It’s worth pointing out that matchmaking is currently restricted to Android and that, while we’re on the subject, Google Play services support 2.2 (Froyo) and newer versions of Android.

“It’s user focused in the sense that we’re trying to reach out to the largest number of users,” product manager Greg Hartrell told Polygon, hence the cross-platform support. “And for developers, they want to maximize the size of the audience and the quality of the audience. Both of those things drove that decision.”