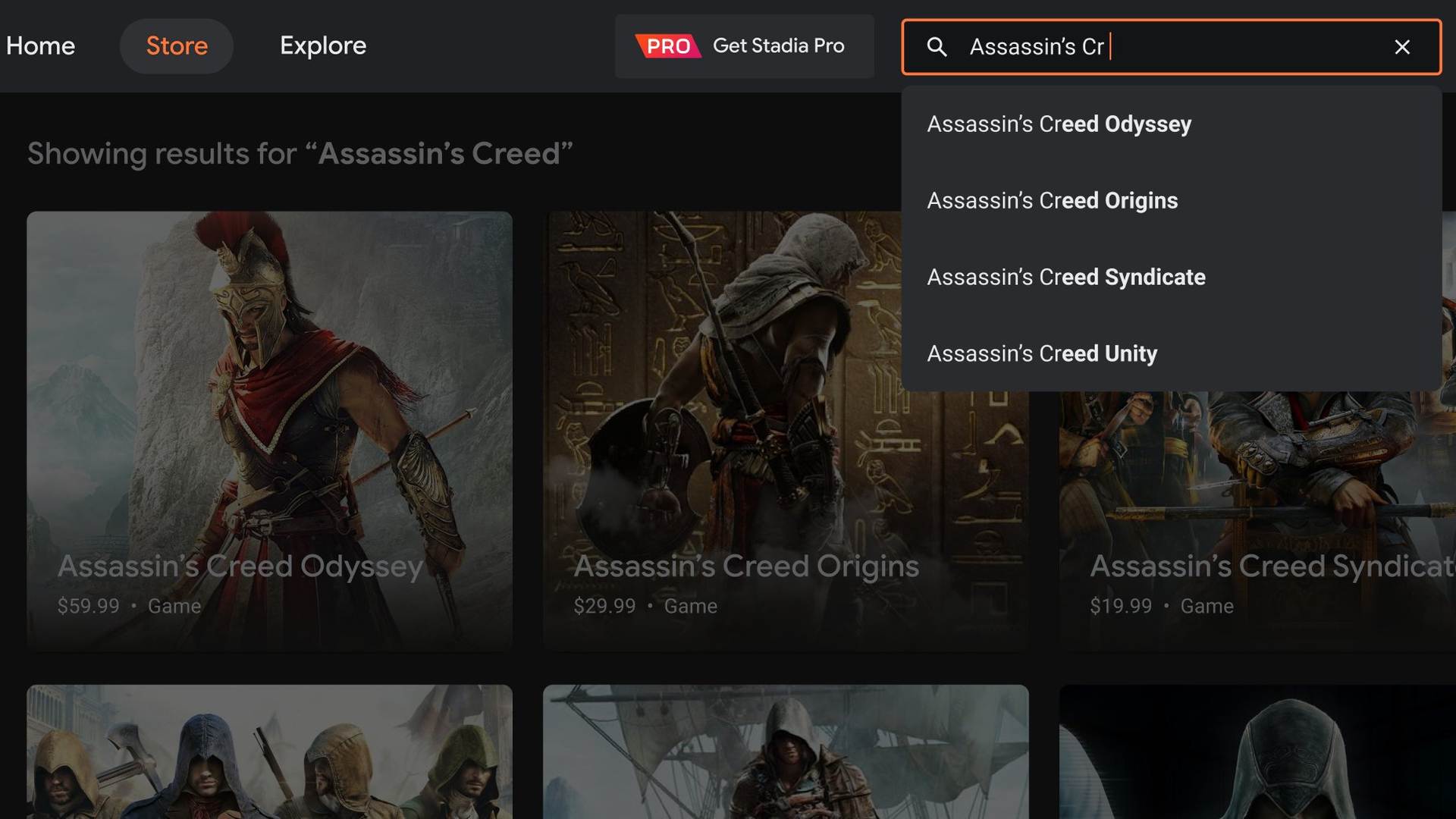 Finally, you’ll be able to Google things on Stadia

Google, a tech company well-known for its search engine Google, has announced that its cloud streaming service Google Stadia is getting a search bar.

In a community update today, the Stadia team says the search bar on Stadia for Web is rolling out now and should reach all players this week, and will make finding your favorite games much easier.

Good news – a search bar is now rolling out to the #Stadia store. Get a sneak peek into the next features coming to Stadia in today’s blog.https://t.co/G5njP5PZFm pic.twitter.com/2UZRzniY4G

The Stadia team also showed off some new features it’s working on, like an activity feed. The screenshot in the above tweet also seems to hint at some new Assassin’s Creed titles coming to the service, which Stadia users will now be able to Google when and if they hit the store.