For some reason we were all anxiously waiting for that Google+ games tab to appear in our accounts this morning in the Destructoid office. When it finally did appear for me I was a bit excited, but most of that excitement has since worn off. I don’t know what I expected, but what I got was something that is a lot like Facebook gaming.

If you get nothing else from this, at least get that you shouldn’t put too much toward looking forward to that gaming tab appearing in your Google+ account. 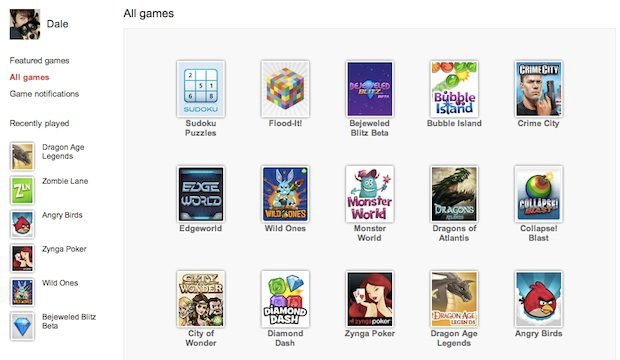 I gave the new game section Google+ some hands-on time this afternoon, poking around through several of the games and features of the service. I expected some kind of polished gaming wonderland, packed with advanced features that have never occurred to me. I was kind of hoping for something that would blow my browser gaming mind. Instead I got some Facebook ports and a lot of browser hangs and crashes.

I instantly clicked on Bejeweled Blitz as I am a big fan of the game. After pushing through a dialogue box asking for permission and then another asking to continue, Blitz instantly started loading. It looks nice, though a bit small. I noticed that an “Add Coins” option was grayed out. I’m sure that will be available soon.

Later I tried several other of the dozen or so launch games. My first session of Wild Ones lasted about 7 seconds, instantly prompting me to spam my friends with a notification before I could even blink. I asked fellow editor Nick Chester for points from this prompt, but he never saw that request.

Hitting the always present Back To Games button I tried others like Zynga Poker, puzzler Diamond Dash and BioWare’s Dragon Age Legends. All looked and played just like any Facebook game out there, with no hiccups or problems. Zynga Poker did have me agree to some pretty strict sounding chip rules. It also made clear that I could buy in-game poker chips with real money. 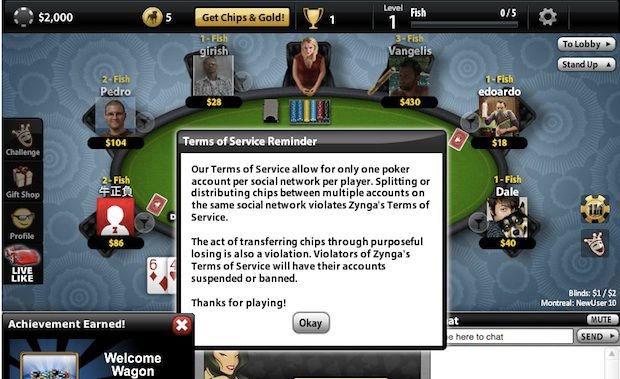 The insanely popular physics-based bird flinger Angry Birds is also a launch game for G+. It looks…just like Angry Birds, though the audio seemed to be of a lower quality than the other available games. Single-player was exactly as expected, with score reminders of how much better everyone else is me. I also loaded up the teamwork-based multiplayer but some of the graphics were broken.

Speaking of broken, not all games seemed to be ready for prime time. Luckily most of these games have the “beta” tag attached to their names. Zombie Lane is nothing to write home about with its zombie clicking and coin gathering, but I did want to point out that we saw remnants of Facebook code and graphics. Diamond Dash hung every time I accepted its request to spam my friends with a notification. Edge World never loaded, even after waiting for about 10 minutes. Flood-It crashed a few seconds in.

It’s not completely clear on how your gaming is shared. In games you’ll see high score lists, but I had never heard of some of the people in most of the lists. I ‘added’ friends to other games, but some of them never saw the requests. In Zynga Poker I didn’t know anyone at the table. In Bejewled Blitz the list of ‘friends played recently’ did not list any of my friends! How does this work, Google?

One thing that Google did get right is how notifications appear within the service. You won’t have to deal with seeing high scores posts and other junk in your stream as Google games sends that all to your games tab. They’re totally separate from your stream, so you can poke through game brag posts when you’re in a gaming mood. Under that same tab is a subcategory called Game Notifications, and it’s there that you’ll find all the silly social game prompts and requests that blanket Facebook walls. Very nice. 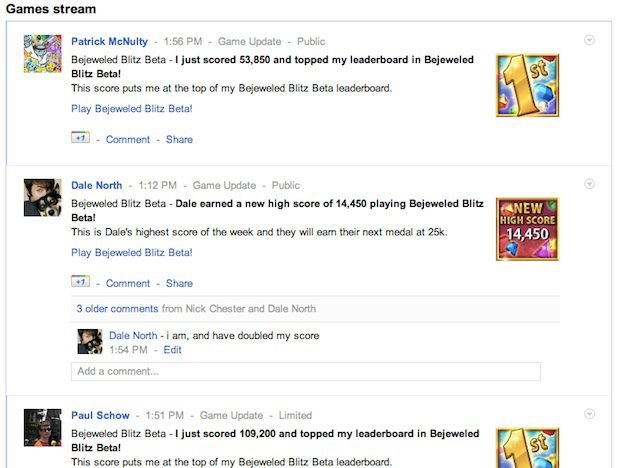 So what’s the big picture? This is more browser gaming, exactly like Facebook. Google has a smarter way of dealing with game notifications, but just about everything else is the same. Hell, I bet all of these games are all Facebook code under the hood.

‘What did you expect?’ is probably what you’re asking. I don’t know. Something cooler. Maybe some cool integration of Hangouts with multiplayer games. Maybe pre-made Huddles for game strategies. Maybe I wanted the usage of Circles to be more than just how you decide who to spam with your high scores. But this is just browser gaming, and the quality of the experience depends on how much work each game studio put into their titles. Google has set up a new place and framework for these game makers to offer their products, but I think you’ll find that there’s not enough here to pull you away from gaming on Facebook.