What did I do to deserve this, My Lord?

Inside everybody’s head lives a tiny mad scientist who governs their actions and whims. Most of the time it’s barely noticeable, even to the point of feeling perfectly natural. Every now and again something might come along that makes a person question their actions and doubt their sense of self-efficacy, such as when a past decision that, at the time, felt entirely appropriate, but in reflection seems bizarre. Generally speaking, however, this little tyrant works away and the individual under its influence none the wiser.

The same is true of videogames. Typically when we play, we abstain from the realization that the virtual world around us is an entirely authoritarian environment. Everything therein is controlled by principles that dictate their nature, designed to suit a particular purpose, to a particular end. Virtual worlds are oppressive in the extent to which they attempt to control us. Jump here, shoot there, don’t go that way, clean your bedroom. In a world where everything that is not impossible is mandatory, to what extent do videogames simulate reality? 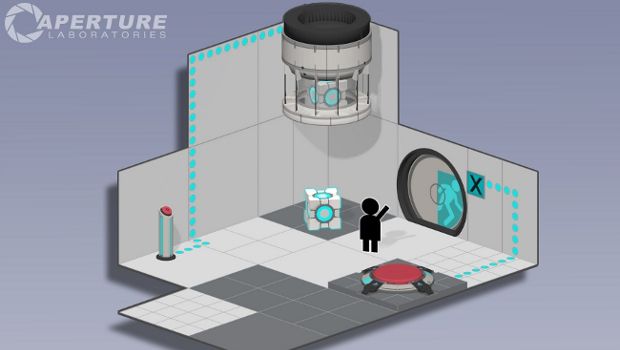 For something as intrinsically teleological as videogames, quite a lot of energy is put into providing the appearance of individualistic experiences. Publishers are often keen to tout how their games offer a unique playthrough for every player, or how an array of options translates into meaningful choice on behalf of whoever’s holding the joypad. Those with big open worlds insinuate themselves as especially true-to-life in comparison with your average corridor shooter, while games of the latter variety focus on convincing the player to want to do the only thing available.

We understand that by its nature the medium is limited but this fact doesn’t necessarily engender our experiences with a sense of impotence or powerlessness. Despite how virtual worlds are deliberately designed to pander to a players’ wants and needs, how everything we do in-game has been meticulously crafted before we even begin, we seldom feel hard done by. We even go so far as to differentiate “things that we did” from the actions of the player-character in cutscenes.

Although videogames are inherently restrictive, we can have meaningful experiences. We feel empowered by our in-game actions, we are impressionable by moral epiphanies, and we frequently relate to the affectations of our on-screen avatar. Knowing that it’s all a dog and pony show does little to lessen these reactions. And yet, any impression of player agency is a mirage shaped solely by the game makers’ prowess.

Skip back several hundred years and you can find a long-lived trail of academic debate dealing with this exact subject. 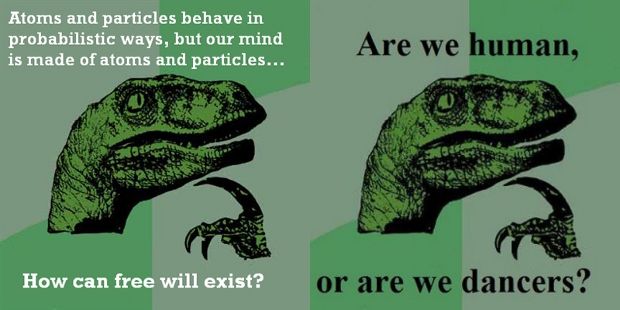 Way back in the day, discussions about human nature routinely revolved around examinations on qualities pertaining to an Abrahamic God and what this meant for the universe. Since God tended to be characterized as all-knowing and all-powerful, it followed that the entire cosmos must be laid out according to some higher plan. The range of God’s knowledge must encompass time itself, too, so as not to contradict his omniscience. What many big thinkers concluded from this was that everything that exists, past, present and future, must have been predetermined by God and is therefore fixed.

You don’t need to be hundreds of years old or especially religious to believe in a deterministic universe. Another theory, dubbed Laplace’s Demon, suggests that the existence of an intellect vast enough to comprehend the physical states and forces of everything in the universe could calculate their future effects, insinuating determinism. Even if that imagined intellect (normally phrased as a demon or highly advanced AI) were forever relegated to the realm of hypotheticals, so long as the idea behind it — the predictability of all things in existence — rings plausible, the threat of a deterministic universe looms into view.

Against the backdrop of a fixed universe, many questions about the nature of human life are raised. How can we have free will if our actions are predetermined? What does this mean for morality if conditionals like ‘should have’ and ‘ought to’ are rendered irrelevant? Highfalutin it may be, but determinism entails some philosophical concerns even in the modern day and age.

While we can debate whether our actions are actually predetermined in the real world, it may be hard to deny that the virtual worlds of videogames exist as microcosms of exactly this issue. On blowing up Megaton in Fallout 3, the game assigns the player to a predesigned path. You can go back and repeat the event innumerable times to the same effect. Giving water to the homeless results in good Karma; devouring a corpse grants negative Karma. For every action in the game, every consequence and effect is already set in stone. 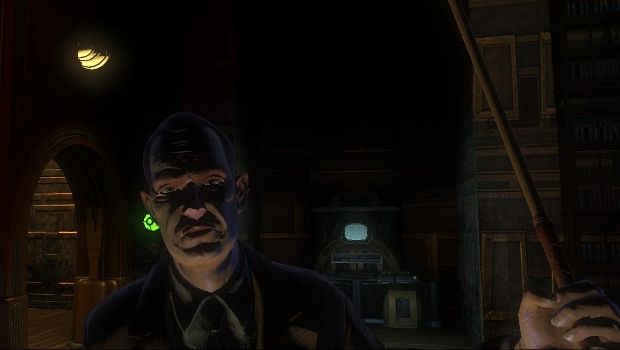 Another biggie in the free will in games discussion is BioShock, wherein a pivotal moment reveals that the player has unknowingly abided by the mental control of the prime antagonist. With every triggering “would you kindly” your future actions were mandated into existence, says the narrative, by correlating the order with the only route to progress in the game. But what changes between the game before this revelation and the game after the brainwashing has been alleviated? Nothing; it still adheres to a series of objectives that the player is willingly (or thinks is willingly) pursuing out of his/her own agency in accordance with the ludonarrative mirage. The player is no more acting freely in the second part than he/she was actually brainwashed in the first, which is to say not at all.

That so many people were floored by the revelation and moved to wax philosophic on how free will is a thing in games speaks more of the proficiency of BioShock’s narrative than of the nature of the medium. If you recoiled in betrayal by your actions up until the Andrew Ryan scene, as if you had retroactively felt they were not your own, take a seat with the rest. We tend to identify with our input in-game, and the self-reflexivity of the “would you kindly” trigger puts a wedge between our actions and ourselves.

Meanwhile the determinacy of the medium dictates that once you enter Ryan’s office, the game assumes control and leads to Ryan’s iconic battering to death at his own dictation, but again this elicits an odd reaction. Did you feel as if the murder was your own doing since it occurred by your player-character’s hands? Or did you feel exploited and used on the basis that you were being controlled against your agency? Despite how the entire scene was devised by a team of programmers you’ve never met, did you feel responsible?

If your answer is “no,” how can you feel responsible for shooting bees at your enemies, when all you contribute to the action is the push of a button. Or for ending the life of The Boss in Metal Gear Solid 3 — a situation in which you have little choice but to pull the trigger or wait interminably. In the 1700s, David Hume wrote how our actions must be irrevocably tied in with our identities, for if they were not mandatory given our individual nature (whatever it is when we refer to a “me”), we cannot lay claim to them as the results of our agency.

Either our actions are the causal results of our will, sealing them as the only possible path we could have taken, or they are not, and there is nothing especial to correlate an action with the existential qualities of the person acting. Ryan’s death was cemented by the same process that pressing L2 produces bees; perhaps the player was similarly bound to their decision on Megaton by the compulsory forces of his/her nature. 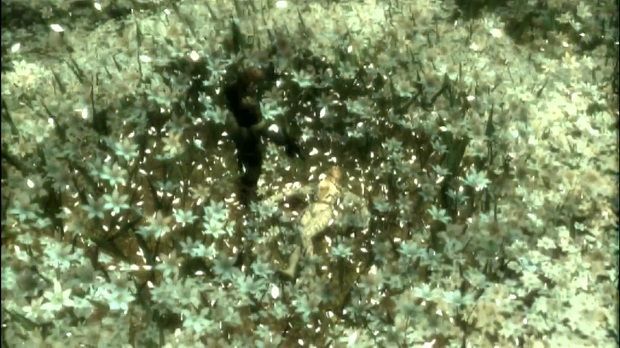 What differentiates the death scenes of Ryan and The Boss from the rest of their respective games is a noteworthy removal of the player’s control. Where normally you can move about and shoot or bludgeon at your own leisure, the sudden narrowing of your abilities comes as something of a shock. And if control is something that can be taken away at the whim of that world’s creator, it follows conversely that any control you have at any given point is bestowed upon you by the powers-that-be. You can’t reduce Rivet City to dust, even though it would have been quite possible for Bethesda to poof a nuke into existence anywhere around the settlement’s geography. You may only choose to do that of Megaton because it is allowed of you.

Therein lies the trouble with the subject of free will in videogames. Every single choice that you make is dictated to you and permitted by someone pulling your strings. Never is “free will” as great a contradiction in terms as in the realms of virtual worlds, for what is free will claimed to be free from? Is it influence? Every single game asks “would you kindly” to varying degrees of obscurity. Or is it the imposition of the will of others? You can’t even walk without permission. The notion of free will in videogames a fallacy.

Hideo Kojima credited himself as God in the MGS games, although unlike that one referred to by the Vatican this God is not omniscient. At least, I don’t think he is. He may have designed the world and fooled us into thinking we were acting of our own liberty, but even despite all the teleology his control does not extend to what goes on inside our heads. That’s the domain of tiny mad scientists.