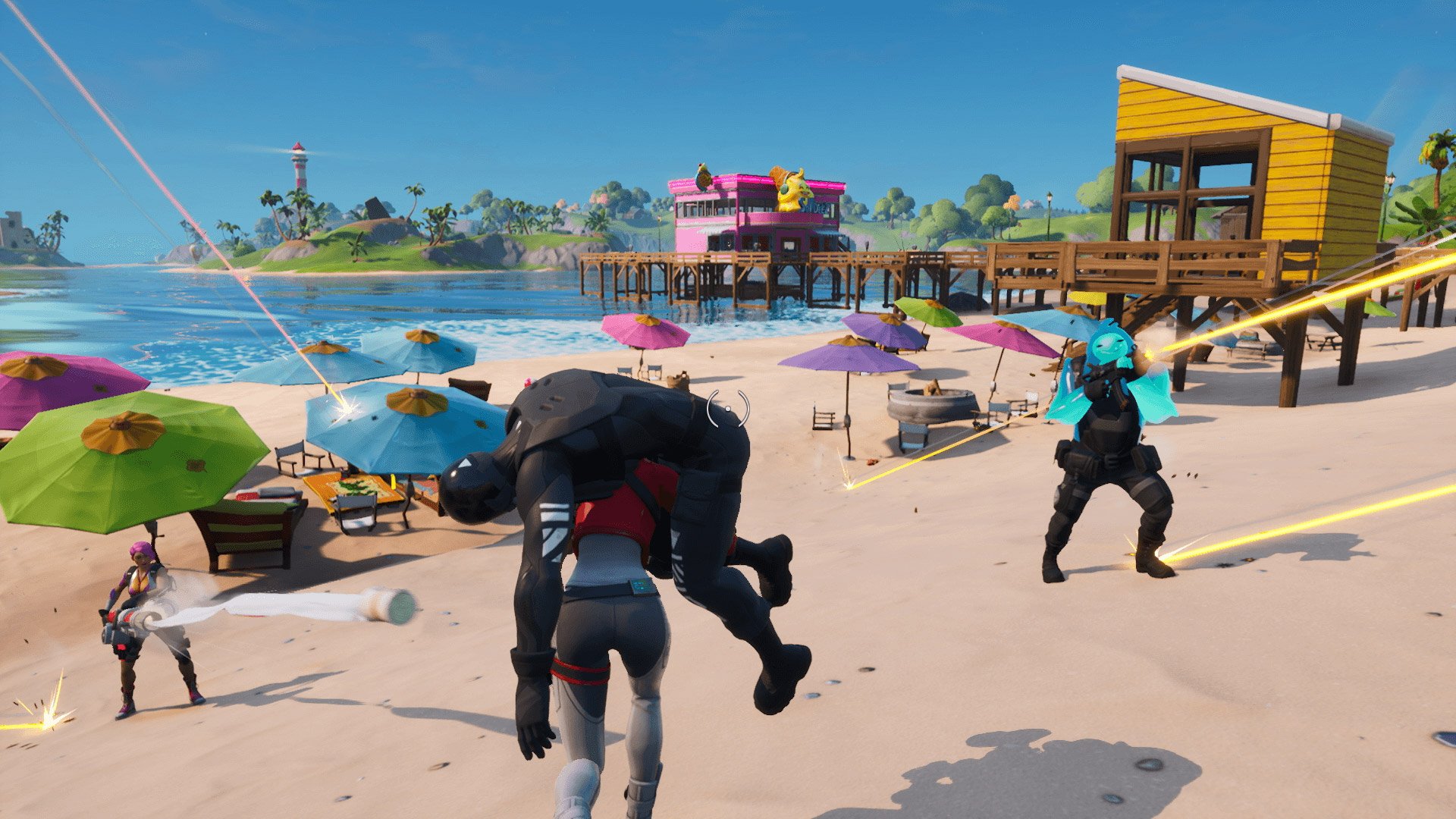 These days, it’s rare that you’ll ever see me cover Fortnite – it’s just not my thing, and that’s okay. But every so often, the game does something notable or cool that gets me talking. Today, with update 11.30, that something is split-screen support. Too few games let you play side by side with a partner.

Fortnite players can share their screen with a friend in battle royale Duos and Squads on PlayStation 4 and Xbox One. Epic Games is calling this an “early release,” so there may still be kinks to work out.

To play split-screen on PS4, have player one log into Fortnite, select Battle Royale, and then have player two connect a second controller and hold down the X button to join. At that point, both players can switch back and forth between who has control of the menus (just hold X again to become the active player). Everyone has time to get situated before hopping into the Duos or Squads queue.

Split-screen works much the same way on Xbox One, and here’s how much screen real estate you get:

If my brother and I had been born a couple decades later, we’d be all over this.

Update 11.30 has also given rise to speculation about a 2020 annual pass for Fortnite. “Occasionally prototype features make it into our build that end up not being released,” Epic Games said in a statement. “While the 2020 Annual Pass was considered, we have no plans to release it.”