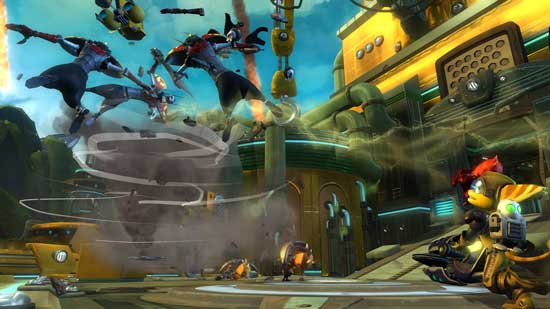 Not too long ago, we brought you the sad news that Ratchet and Clank Future: Tools of Destruction had been pushed back. While only a week, pushing back one of the most anticipated PlayStation 3 titles makes for sad gamers.

Well, it looks like Sony was just kidding, as they’re now saying that the game has already shipped to retailers. “Due to some unexpected quickness at the factory,” some retailers have already received the game, and with no street date, many are deciding to release the game a bit early.

The official launch date is still October 30, but we’d suggest picking up the phone and calling your local retailer. If anything, it’ll give you an excuse to totally bug the crap out of them.