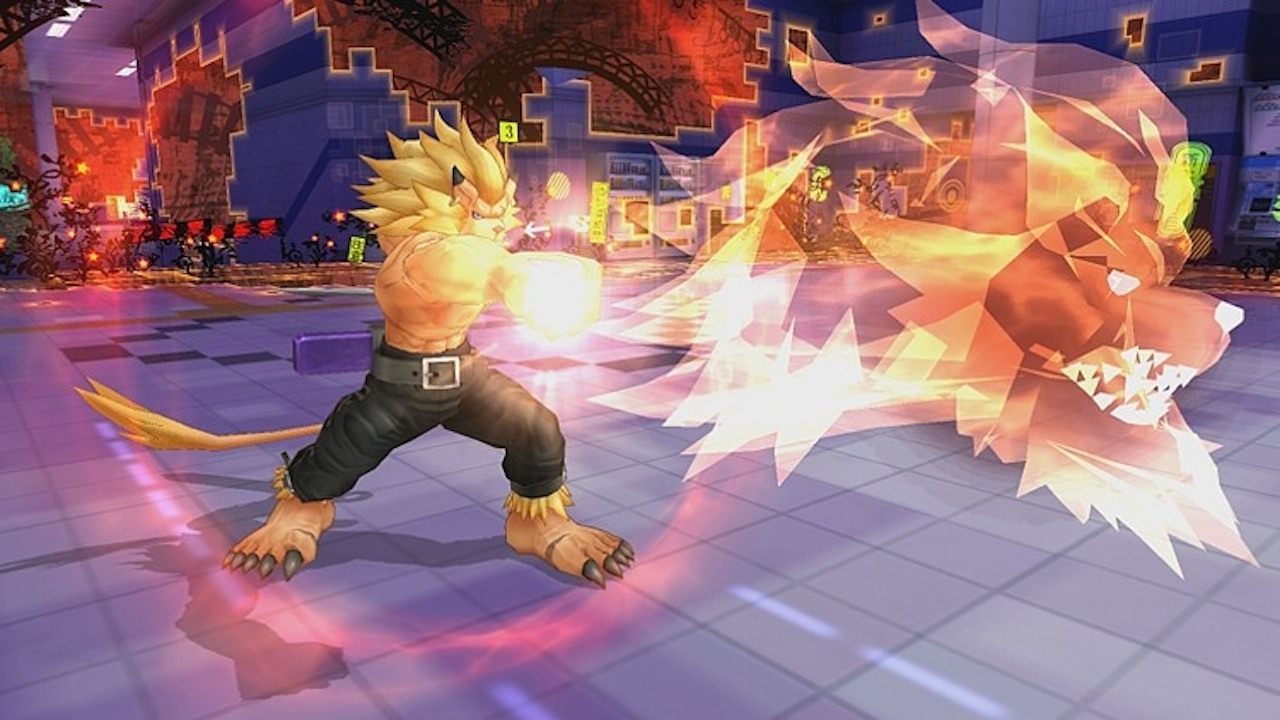 When in Rome, do as the Romans do. When in Tokyo, make it rain yakitori. That was my modus operandi at Bandai Namco’s office. Rather than strangely assaulting passersby with a meat barrage, I limited my chicken chuckin’ (cluckin chuckin?) to Digimon Story: Cyber Sleuth.

Equipped with way too much meat, I found Cyber Sleuth‘s DigiFarm and fed my little digital monsters as much as they could handle (which was as many times as I could stand pressing the button). Light softball tosses of drumsticks one after another, and my Digimon looked happy as could be. I was also happy as could be because I am easily entertained. I also giggled at the monster friend who I put on a treadmill. He wasn’t on a diet, though; I tossed some meat his way too.

The DigiFarm and its meat antics aren’t the focal point of Cyber Sleuth, and I knew it. The rest of what I saw in the very brief demo was too slick to be an afterthought. In some sort of digitized train station (hey, at least it’s thematically consistent), I ran around with no real goal in mind — just taking in the snappy aesthetic. Digimon may have released many moons ago as a response to Pokemon, but it has certainly grown into its own. Looking at it on PS4 makes it wildly apparent.

On two separate occasions, I had random train station encounters with enemies. Being a demo, my Digimon were a bit too powerful and the baddies were a bit too underpowered. I crushed them with no real regard for ability points or health. Just some haphazard button pressing and a quick victory screen.

And that’s the sort of thing that’s tough to get invested in during such a short experience. Inventories, levels, and progress are fleeting when the console blinks and unceremoniously erases everything that has happened. “Your demo has ended. Thank you for playing.” It’s hard to get a solid feel for RPGs when that blink happens every few minutes.

But, the presentation and meaty eats are spot on. I enjoyed both greatly. I suppose only one of those is meant to please, but the other is a nice little surprise that probably only I am amused by. Japan’s been chewing on Cyber Sleuth for half a year now, but the rest of the world gets a crack in 2016. Prepare your flanks, briskets, and loins.